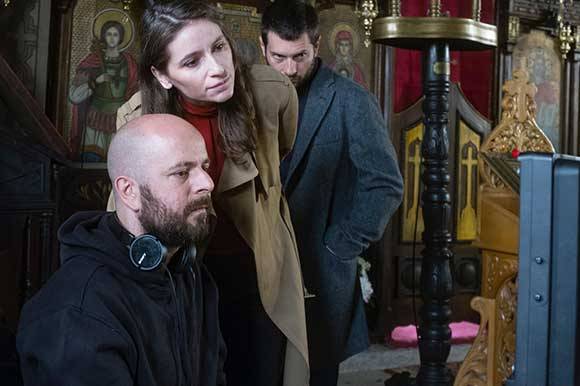 BUCHAREST: The French company Alpha Violet picked up Marius Olteanu’s debut feature Monsters. / Monștri., even before its selection for the Forum programme of the 69th Berlin International Film Festival (7-17 February 2019). The film is nominated for both GWFF Best First Feature Award and Teddy Award.

Monsters., which will have its world premiere at the Berlinale, tells the story of a married couple caught between their true love to each other,  the husband’s needs to be himself and the society’s norms. The main characters are played by Judith State, Cristian Popa, Alex Potocean, Șerban Pavlu and Dorina Lazăr.

The film is a 100% Romanian coproduction produced by Parada Film in coproduction with Wearebasca, with the support of the Romanian Film Centre. The project participated in well-known coproduction workshops such as Karlovy Vary Eastern Promises – Work in Progress 2018, Transylvania Pitch Stop at TIFF 2016 and Les Films de Cannes à Bucarest Festival 2018, where it was awarded best project Work-in-Progress.

Transilvania Film will release the film domestically in autumn 2019.