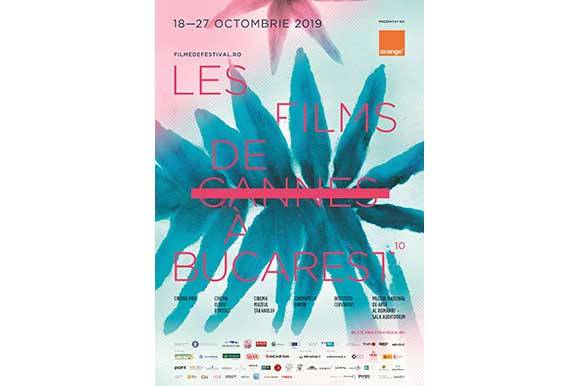 BUCHAREST: The 10th edition of the festival Les Films de Cannes à Bucarest (18-27 October 2019), initiated by Cristian Mungiu, will bring more than 100 films to 10 Romanian cities and also an industry section for the members of the Romanian film community, including a WIP showcase with 23 film projects produced or coproduced in Romania.

All the projects that will be showcased in the Works in Progress section are in postproduction and will be screened to representatives of Cannes, Berlin, Locarno, Karlovy Vary, Sarajevo and other festivals. Cinelab and Multimedia Est will give awards in postproduction services totaling 10,000 and 5,000 EUR, respectively.

Nine upcoming Romanian films will be screened in a special section and the Romanian Cultural Institute will give a 2,500 EUR award to the best of them, after the audience’s vote.

The festival is launching a section with films from neighbouring countries and it also hosts the second edition of a film workshop in high schools, as well as a new edition of the Filmminute competition with 25 one-minute films from 17 countries screened before each feature film.

The 4th edition of Managing Talents, a programme which puts Romanian actors in contact with casting agents, will host a masterclass and an open casting session for parts in Daniel Sandu’s sophomore feature The Father Who Moves Mountains / Tatăl mută munții, which is produced by Mungiu’s company Mobra Films and set for shooting in January 2020.

For the first time the festival is organising a script reading conference, How Do We Read a Script?, which will be held by Jacques Akchoti from La Femis and Nicolas Livechi, professional script reader for the French company Why Not Productions.

Les Films de Cannes à Bucarest takes place in Bucharest from 18 to 27 October 2019 and also in Iași, Cluj-Napoca, Timișoara, Botoșani, Brașov, Arad, Suceava, Brăila and Slobozia, for two days in each of them in October and November 2019. In Bucharest the screenings will take place in five locations.

Les Films de Cannes à Bucarest was initiated by Cristian Mungiu with the support of the General Delegate of the Cannes Film Festival, Thierry Frémaux, and it is organised by Asociația Cinemascop and Voodoo Films in partnership with the French Embassy and l’Institut Français in Bucharest. The festival is a cultural project supported by the Ministry of Culture and National Identity, the Romanian Film Centre and also by the SACD / Société des Auteurs et Compositeurs Dramatiques and the European Commission Representation Office in Romania.