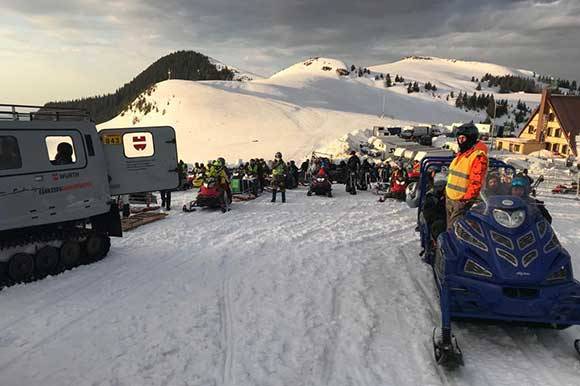 BUCHAREST: The Romanian company Alien Films Entertainment has already serviced or coproduced two projects under the cash rebate law in 2019 and a third one is in preparation.

Aleksandr Mindadze’s feature film Parquet, produced by Reason & Films (UK) and Passenger Studio (Russia), and serviced and coproduced by Alien Films Entertainment, was shot from January through April 2019, while the TV series Alex Rider, produced by Eleventh Hour Films UK  for Sony Television, was shot in the spring of 2019.

Alien Film Entertainment is the first company in Romania that has received the money for its first project in 2019, and is waiting for the payment on the second one.

Representatives of Alien Films Entertainment couldn’t disclose the title of the third project.

In 2018 the Romanian Government approved a state aid scheme offering a 35% cash rebate on qualified expenditure for international productions shooting in Romania. There is a total cap of 50 m EUR per year to fund the scheme. The multi-year scheme approved on 13 June 2018 runs until the end of 2020.

In addition to the 35% cash rebate on qualified expenditure, productions explicitly promoting Romania, with a minimum local spend of 20% of the total budget of the production, can also apply for a rebate of 10%. In effect, a production that meets all these requirements could claim a rebate of up to 45%.