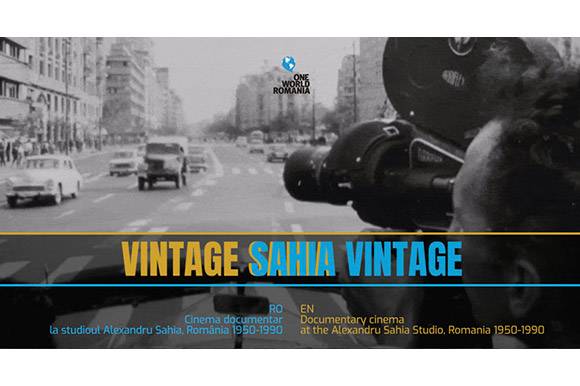 BUCHAREST: Vintage Sahia, the first web platform with films produced by the Communist documentary studio Alexandru Sahia between 1950 and 1990, was recently launched in Romania by One World Romania as a pilot-project that will be developed in the following years.

So far, this digital history platform has segments from approximately 70 films, whose copyright is held by the Romanian Film Archive, accompanied by a comprehensive essay written by Romanian-born UK-based film scholar Adina Brădeanu, the platform’s curator. The films can be searched according to a timeline, on a map of Romania, or using a set of keywords.

The platform applies to the general public as well as to specialists from Romania and abroad. The access to films is free of charge.

The English version of the platform will be available at the beginning of December 2019.

The Alexandru Sahia film studio, the only Romanian studio that produced documentaries before 1990, continued its activity after 1990 as SahiaFilm and it is currently insolvent. Its film archive was transferred to the Romanian Film Archive in 2006.

From 29 October to 12 November 2019, One World Romania (the organiser of the One World Romania Film Festival), put up the programme Memory of the Archives, where five Romanian filmmakers (Radu Jude, Ivana Mladenovic, Dana Bunescu, Raluca Durbacă and Ana Szel) discussed with historians the archive films they used in their recent projects.