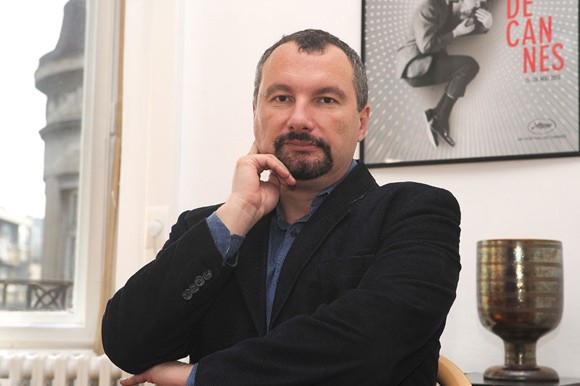 Boban Jevtić was elected to head Film Center Serbia in 2015. He spoke to FNE about the challenges and activities of the institution, the current situation of the Serbian film industry, regional coproductions and the digitalisation process in the country.

FNE: You have assumed the position of director of Film Center Serbia in autumn 2015. What was your biggest challenge?

Boban Jevtić: The biggest challenge was, and still is, to make this complicated mechanism work. It is complicated because there are so many different interests and ambitions. But, after almost ten months, I think that we are on the right track.

FNE: You stated that Film Center Serbia should be a bridge between government and film professionals. Can you elaborate on that?

Boban Jevtić: We are a Film Center and therefore a unique institution in the field of culture. We support private initiatives with state money and this process creates, of course, many unusual problems and solutions. Our way of working is very different from the state and the private sectors, and one of the purposes of Film Center Serbia is to bring them closer, let them understand each other and create bridges and connections between them.

FNE: What is, according to you, the role of film in Serbia’s cultural identity?

Boban Jevtić: Serbian people love cinema passionately. They consider our classics as part of their cultural heritage and our popular films as part of our identity. And, some of our films are even part of a shared cultural identity with the neighboring countries. Quoting classical comedies, for example, is part of everyday Serbian communication: everybody knows them!

FNE: How do you see the current situation of the Serbian film industry? Where do you see it in two years from now?

Boban Jevtić: We have a lot of things to do and to develop. First of all, we need to improve the legal framework. Then, we must work much harder on being more part of the European system. We have talent, we have knowledge and we need stability in financing, as well as a long-term strategy. In two years, I hope that we will have succeeded in that, or at least improved the situation significantly.

FNE: Can you talk about the implementation of tax incentives in Serbia and its impact on film and the country’s economy?

Boban Jevtić: We implemented tax incentives at the beginning of 2016 and for now it is working well. This opportunity is great! Our professionals are very well trained, our country is cheap for shooting and we have a lot of very interesting locations… This is, of course, not only an opportunity for the film industry, but also for the entire Serbian economy.

FNE: How important do you think European coproductions are for the development of Serbia’s film industry and what opportunities do you see for cooperation with neighboring countries in film production, education and distribution?

Boban Jevtić: The development of regional and European coproductions is at the heart of our strategy. In the region, we share the same cultural premises, we understand each other very well, and together we have much more to offer to the world. We are in the process of creating some regional funds and we shall augment funds for coproductions as well.

FNE: What is the situation of cinema digitalisation in Serbia?

Boban Jevtić: We intend to propose to the Serbian government to treat this project as a project of national importance and we enjoy to this effect a strong support of the Ministry of Culture. The minister himself follows this case with strong interest. And with this support, we hope that these issues will be solved in the near future.