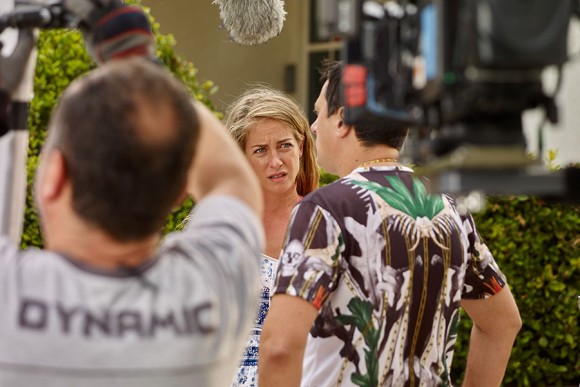 The shoot of Biser Bojane by Milan Karadzic

BELGRADE: Serbian director Milan Karadzic is in production with Biser Bojane, a contemporary romantic comedy. The film is a coproduction between Montenegro and Serbia and is set to open in 2017.

The story begins in Belgrade and Kladovo, plodding along the Danube and Trieste, only to finish on the shores of Ada Bojana in Montenegro, where through a series of comical situations and intertwined family subplots, comes the resolution of love troubles between Djordje, a young nature-loving doctor, and Lola, a student in love with the sea.

The film is produced by Milutin Mima Karadzic through Montenegro’s MM Production Montenegro in coproduction with Dragan Djurkovic through Serbia’s Visionteam, who teamed up again after the regional success of the three seasons of the TV series Budva na pjenu od mora and the most watched film of 2015, Gorcilo. The budget stays undisclosed. The project is supported by the Ministry of Culture of the Republic of Montenegro.

Shooting started on 5 September 2016 and is expected to wrap in five weeks' time. All 35 shooting days will be spent on location in Ulcinj, Belgrade, Budva and Trieste. According to Visionteam, the film intends to emulate French comedies and to revive the beauty of the nature surrounding Ada Bojana and the Danube.

The premiere is set for January 2017 and it will be followed by the premiere on the VoD platform www.netfilm.tv in February 2017. No sales agent is attached to the project yet.