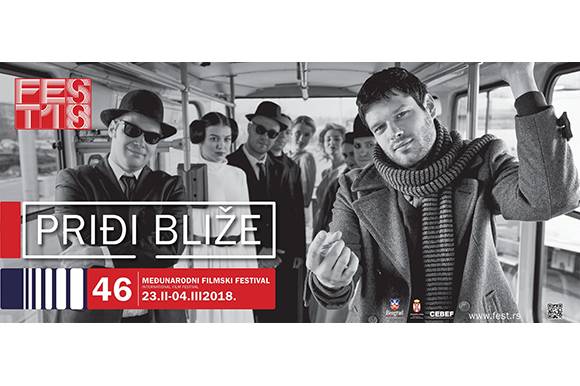 All the chosen projects will be directed by European female filmmakers.

Boban Jevtić, the director of Film Center Serbia, told FNE, „Now we are putting the issue of gender equality into the focus of this year’s international portion of FEST Forward, following general guidelines ultimately leading to greater chances for female filmmakers from various parts of the European continent. This year’s edition thus marks our formal and hopefully long-lived collaboration with EWA, which certainly may result in making the film industry formally and practically more open and accessible for upcoming and experienced female filmmakers eager to tell stories from women’s points of view.“

The selected projects are:

Inside Out (Luxembourg, France), documentary
Directed by Charlotte Bruneau

Film Center Serbia, EWA  and FEST will announce the final results once all the projects are presented and pitched in front of film and industry professionals during the upcoming edition of FEST FORWARD (1 - 4 March, 2018).

Another seven domestic film projects were selected for the National Selection segment of FEST Forward 2018. The projects are:

Tea Lukač, a young filmmaker who had success with her first long documentary The Most Important Boy in the World / Najvažniji dečko na svetu last year and who is now presenting her new documentary project SFrj, told FNE, „At FEST Forward 2018 we shall be presenting our project SFrj dealing with the history of science fiction film in (former) Yugoslavia. FEST Forward has been developing in the right direction more and more with each passing year and for us it is certainly a good platform for presenting our film here in Serbia and for networking and making new contacts, as well as an important opportunity to hear and to see how people react to our film even at this early stage of its production.“

All the selected Serbian film projects will be presented and pitched in front of film and industry professionals during this year’s edition of FEST FORWARD and will compete for the FEST Forward Award.