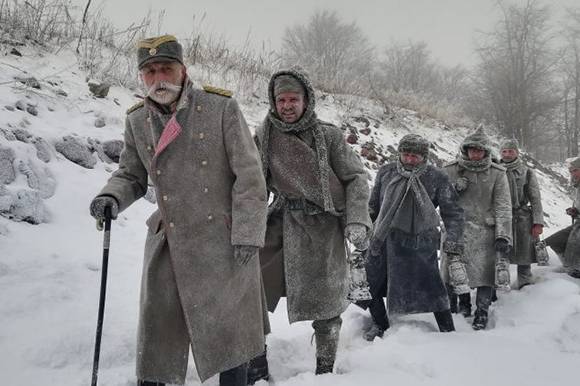 BELGRADE: The historical drama King Petar’s Socks / Čarape kralja Petra began principal shooting in mid-March 2018. Lazar Ristovski, the eminent Serbian and international actor, is starring in and producing the film, which is directed by his son Petar Ristovski. The film is a Serbian/Greek coproduction, supported by Film Center Serbia.

The true story of Serbian King Petar Karađorđević is set during the First World War. Although they won their first two battles, the Serbian army, decimated and hungry, must pull back across the frozen mountains of Albania. All seems lost to King Petar, until he finds solace in a vow he gives to one soldier's mother: he will find her son among the lost soldiers and give to him a pair of socks she made him.

This project, which was adaptated from the popular novel by Milovan Vitezović, won the Film Center Serbia 2017 contest focusing on national-themed feature film projects, recieving a grant of 39.9 million RSD / 329,555.17 EUR. The film is a coproduction from Serbia’s Zillion film and Greece’s Steficon. At the same time, a TV series of the same title is being shot and produced, to be screened later on Radio Television Serbia.

No specific details regarding the budget or the distributor are available at the moment. The film is expected to run for 120 minutes and to enter the wide cinema distribution in Serbia on 11 November 2018. 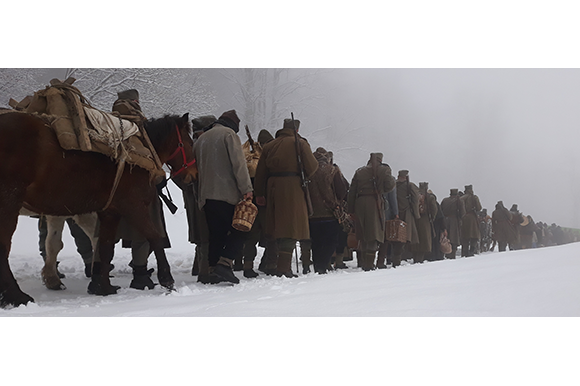 Lazar Ristovski (Zillion film)
This email address is being protected from spambots. You need JavaScript enabled to view it.
http://www.zillionfilm.com