BELGRADE: The Italian fund Fondo Audiovisio FVG has announced a grant of 56,000 EUR for Darkling / Mrak by Serbian director Dušan Milić. The film, which will be Milić’s fourth feature film in fifteen years, will be coproduced by A_Lab Srls on the Italian side. 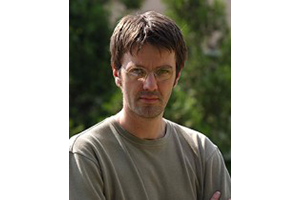 In May 2017 the project produced by Film Deluxe International in Belgrade was selected as one of the five fiction feature domestic projects to receive a grant from Film Center Serbia, with support of 34 million RSD / 290,000 EUR. In September 2017 Darkling went on to receive a grant of 130,000 EUR from the Bulgarian National Film Center after getting the highest mark in the minority coproduction competition in Bulgaria.

Darkling will be a psychological thriller with aspects of the horror genre, focusing on the lives of the remaining Serbs in Kosovo nowadays and the real life stories that lie beneath the media coverage.

The budget is estimated at around 1 million EUR and the project is expected to be a coproduction of four or five European countries. Principal shooting is set for May.

Snežana Penev (Film Deluxe International)
This email address is being protected from spambots. You need JavaScript enabled to view it.