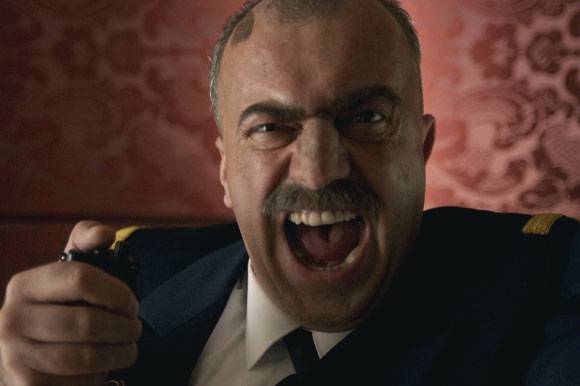 The Last Serb in Croatia by Predrag Ličina

ZAGREB: The zombie comedy The Last Serb in Croatia / Posljednji Srbin u Hrvatskoj has entered the postproduction phase. Predrag Ličina’s debut feature is a Croatian/Serbian coproduction between Kinorama and Art & Popcorn.

Croatia, seven years after the country declared bankruptcy. The small group of the rich is even richer, and the poor are even poorer, but a more important battle is waged around the world – water has become more precious than oil, and power and authority depend upon the number of water sources and water availability. In order to get water, the world power-wielders stop at nothing: they declare wars, destroy, conquer – and even slip in the zombie virus!

The film is produced by Ankica Jurić Tilić through Kinorama in coproduction with Miroslav Mogorović through Art & Popcorn. The project is supported by both the Croatian Audiovisual Centre (HAVC) and Film Center Serbia (FCS).

Shooting took place on location in Zagreb and its surroundings in the summer of 2018. The budget is 550,000 EUR.

Kinorama
http://www.kinorama.hr/
This email address is being protected from spambots. You need JavaScript enabled to view it.

Art & Popcorn
http://www.artandpopcorn.com/sr/
This email address is being protected from spambots. You need JavaScript enabled to view it.