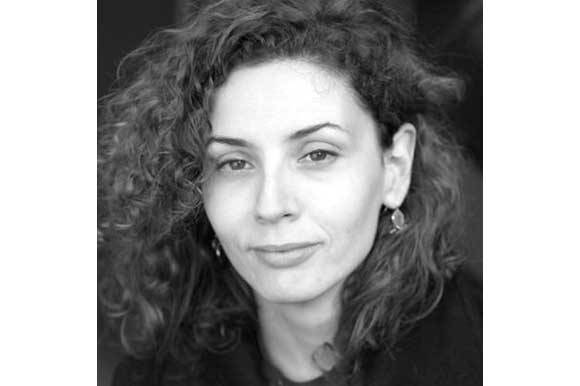 FNE spoke with 2019 Producer on the Move Mila Turajlić, who represents Serbia at this year’s Cannes Film Festival. She produced her own long documentary The Other Side of Everything / Druga strana svega, which went on to win the Best Feature-Length Documentary Award at IDFA 2017.

Mila Turajlić: I entered film production by way of the national film school in Belgrade, FDU, but the main formative experience was working on American and French films that were being shot in Serbia as service productions. Working with foreign crews and seeing how their efficient work ethic crossed with our Balkan sensibilities was eye-opening and helped me understand the key qualities of making that crew work as one. I suppose my decision to become a producer was born out of necessity, because at the time there was no one producing (or financing) creative auteur documentaries for cinema in Serbia, and it required learning how to bring those projects to an international market in order to get them made. Another reason had to do with the fact that I had grown up in a media environment where what was happening to us in terms of the war and the break-up of Yugoslavia was always being told by foreigners. During the NATO bombing I worked as a fixer for foreign journalists that were reporting on it from Belgrade, and around this point I felt very strongly that we needed to develop our own capacities to tell our stories and to get them shown internationally.

FNE: Is there a particular producer who is a role model in Serbia?

Mila Turajlić: For me there are a number of producers of my generation who are role models, like Jelena Mitrović and Snežana Penev, who have found that the right balance of supporting and nurturing Serbian and ex-Yugoslav talents and getting important stories from our past and present onto the screen, while finding partnerships and opportunities internationally, both to finance and distribute those films, by which I feel they have helped Serbian cinema ‘re-enter’ the European film scene.

FNE: How do you see yourself either advancing or changing the role of the producer within Serbia or beyond?

Mila Turajlić: With all the turbulence and political changes that have taken place in Serbia since I was a student of film production, I feel my generation of filmmakers has grown up very involved in creating the infrastructure in which we wanted to develop our projects and ultimately careers. I was actively involved in the creation of DokSerbia, the association of Serbian documentary filmmakers, and we lobbied quite successfully for greater production and financial support for documentary production, as well as new partnerships in theatrical and television distribution for our films. For me an important part of what we do is the outreach to young producers at films schools, who don’t necessarily see documentary production as a field that attracts them. We invite them to workshops and it is great to see their interest expand.

FNE: What factors in Serbia are helping or hindering the process of producing films?

Mila Turajlić: What is helping the process of producing films in Serbia is a climate of general interest in cinema, with audiences that follow domestic filmmakers and their successes. The current cultural policy, that is at the moment quite oriented towards supporting film production and aware of the international reputation that Serbian films can bring. The funding infrastructure is expanding and has in the past few years stabilised under strong leadership at Film Center Serbia, but the threats are always present. That of greater political interference from the current government, but also that of a system that is relying on enlightened individuals, whose departure could bring the functioning of the whole into question.

Mila Turajlić: I do, and I am developing it right now, it is a series based on a true historical story, set across Europe, Africa and Asia in the 1950s and 1960s

Contact:
Mila Turajlic
Dribbling Pictures
www.dribblingpictures.com
381 11 3619 709
This email address is being protected from spambots. You need JavaScript enabled to view it.

Production Credits:
The Other Side of Everything (documentary), directed and produced by Mila Turajlic