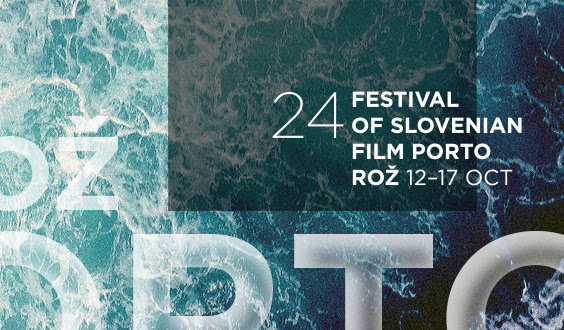 After urging her to come back, Zorica picks up her daughter Maja at the airport. In the car, she tells her surprising news and takes her to an unknown place where mother and daughter will revisit their roles.

Five short films which will open this year’s Cannes director’s Fortnight 2019 (Quinzaine des réalisateurs) program were shot in Sarajevo. The films were made as a part of the SEE Factory project, utilizing the La Factory concept, by Dominic Velinski and Directors’ Fortnight. The films brought together five pairs of authors, five from the region and five from all over the world. 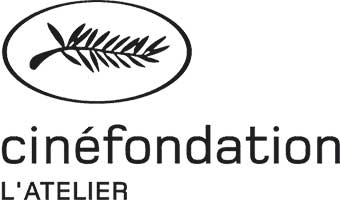 Rift in the Ice / Pukotina u ledu

Synopsis: Marija is an ice skater who lives with her father, a lorry driver, on the outskirts of Belgrade. Crushed by grief because her mother died three years ago, Marija can not express her flaming sexuality. She perceives that as her big secret that haunts her and feels unworthy. Marija’s father gets close to a woman who moves in with her two daughters. Marija supports her father, but realizes that she can not trust her new stepmother. Because of financial troubles Marija is forced to make extra money for her family. She wants to protect her father by hiding her jobs that introduce her to the world in which women are sexually exploited. That puts even more pressure on her suppressed sexuality. Marija can no longer confide in her father. Her stepmother starts having anger outbursts that escalate into physical abuse. Marija has to give up ice skating. She feels trapped. However, the love of one of the most desirable young businessmen gives her the strength to accept herself and her sexuality.

Intention: Rift in the Ice addresses the issue of women’s integrity in a materialistic, competitive world filled with aggression. The film follows the protagonist’s intimate journey of selfacceptance and integrity, outlining the scope of degradation and exploitation of women through various social ranks, aiming to rawly capture real life with no moralizing. Narrative motives of fairy tales are submerged in a contemporary story to explore how their humanistic ideas function today. A dark fairy tale feeling present in poetic, cruel scenes of the protagonist’s subconscious, will bring a profound insight into her deepest fears and suppressed sexuality. In a clash with the realism of the rest of the film, it will create a new sense of reality and emphasize the power of love to help us accept ourselves.

Budget, distribution & sales: Rift in the Ice was supported by the Film Center Serbia with an amount of € 315.589. The total production budget is € 1.230.829. As we need creative and financial inputs from co-production countries, the film is set to be co-produced by Serbia, Slovenia, Italy, France and the Netherlands. The co-production partners already attached are Nightswim (Italy) and Staragara (Slovenia). We are planning to apply for the Hubert Bals Fund in April 2019. Our aim is to close financing by the end of 2019, when the shoot is scheduled. We believe that this intriguing and powerful story is able to reach even the most demanding viewers. As we are talking about a second feature of an internationally acclaimed and awarded director, the aim is to get a world sales on board at an early stage. International distribution will start with the world premiere, which we hope will take place at an A-list festival. A good festival run of the film would enable us to approach national distributors in various territories. We will reach out to distributors that released Maja Miloš’s previous film, who are eagerly awaiting Rift in the Ice.

Maja Miloš (1983, Serbia) graduated film directing at Faculty of Drama Arts in Belgrade. She took part at Berlinale Talent Campus and La Femis documentary programme. She directed eleven short films, many of them nationally and internationally recognized. Her first feature film Clip (2012) was screened at International Film Festival Rotterdam, San Sebastian, Toronto, Moscow, AFI, BFI, Karlovy Vary, BAFICI, Thessaloniki, Munich, Transilvania etc. and won numerous awards including the Tiger award in Rotterdam. She was a jury member in various festivals including International Film Festival Rotterdam, Sarajevo, Karlovy Vary etc. She works as a teaching assistant at the Department of Film Directing at the Faculty of Dramatic Arts in Belgrade.

Jelena Mitrović
(Film House Baš Čelik)
This email address is being protected from spambots. You need JavaScript enabled to view it.
www.bascelik.net 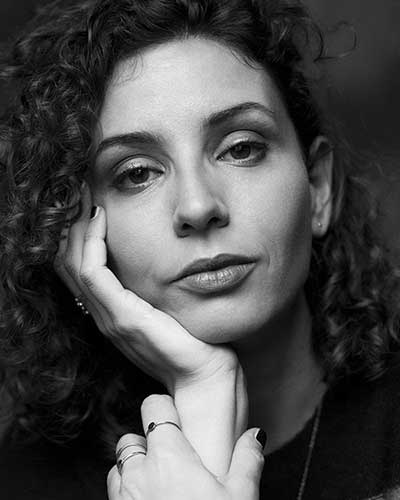 Mila Turajlić is a director and producer of documentary films born in Belgrade, (then) Yugoslavia. Her films have screened at Tribeca, Venice IFF, HotDocs, and have been released theatrically in France, UK, Germany and across the former Yugoslavia. Her most recent film The Other Side of Everything was HBO Europe’s first co-production with Serbia. It premiered at the Toronto IFF in 2017 and went on to win the prestigious IDFA Award for Best Documentary Film. It won 26 awards and was a nominee for the LUX Film Prize of the European Parliament. Mila’s debut feature doc, Cinema Komunisto played at over 100 festivals and won 16 awards including the Gold Hugo and the FOCAL International Award for Creative Use of Archival Footage in 2011. Her latest work was a series of archive-based video installations commissioned by MoMA (New York) for their landmark exhibition on Yugoslav modernist architecture.

Mila studied politics at the London School of Economics, and film production at the national film school in Belgrade. She obtained her PhD at the University in Westminster on the subject of the use of cinema in the construction of political narratives. She gained production experience working on feature films (Mel Gibson’s Apocalypto, Rian Johnson’s The Brothers Bloom). She produced the “Magnificent 7 Festival” of European Feature Documentary Film in Belgrade since it’s creation in 2005, and is a founding member and first president of DOKSerbia - the Association of Serbian Documentary Filmmakers. Mila produces her films through Dribbling Pictures, a production company she founded with Boris Mitić in 2006. She is currently in production on a documentary film about President Tito’s cameraman who filmed the birth of the Non-Aligned Movement.

In an unexplored vault in Belgrade, the capital of the former Yugoslavia, lies a collection of films known as ‘the Labudovic reels’. On them are images of African and Asian liberation movements and revolutionary leaders that defined the era of the 60s and 70s, from guerilla actions of Mosambique’s FRELIMO to footage of PLO training camps. How is it that the archive of these revolutions lies on another continent, forgotten in a film archive?

The answer to this question takes us into the story behind the images, on an intimate voyage with the man who filmed them. Stevan Labudović was assigned at the age of 27 to be the cameraman of Yugoslav president Tito. For more than two decades he travelled with Tito on ‘Voyages of Peace’ - trips undertaken to newly-independent countries during which the Non-Aligned Movement was born. From Burma to Mali, from Ethiopia to Indonesia and the halls of the United Nations, Labudović’s camera captured an era of politics, personality and promise. He claims that when he filmed people through a 50mm lens, he could read their soul. But was this the case when he was filming Ho Chi Minh, Nehru, Nasser, Sukharno, Kwame Nkrumah, Fidel Castro, JFK, Emperor Haile Selassie, Kim Jong Il, Saddam Hussein, Shah Reza Pahlavi, Colonel Qaddafi?
Stevan’s images would come to play an important role in the global battle of information that was taking place during the 1950s and 60s, as liberation movements strove to present their case to an international audience. Labudović’s mission began when President TIto, in a show of support for the Algerian Liberation Movement, sent him to provide the combattants with images of their struggle. Celebrated today in Algeria as ‘the cinematic eye of the Algerian revolution’, Stevan continued to use his camera as a weapon of solidarity filming with liberation movements.

‘The Labudovic Reels’ is built on the trove of archive filmed by Stevan Labudović in the Non-Aligned world. As the last cameraman of the newsreels, Labudović takes us on an intimate voyage through a life dedicated to the filmed image. Through the friendship that develops with the young director the question of the role of the camera in defining a political moment comes to the fore, and a handover between two generations of filmmakers plays out. A story of a political movement emerges through its cinematic legacy, reminding us that epic ideas are born in the heart of adversity and that such ideas have the power to change the world.

Mila Turajlić
Dribbling Pictures
This email address is being protected from spambots. You need JavaScript enabled to view it.
www.dissimila.rs

Meet us in Cannes

Boban Jevtić
General Manager
In Cannes 14 – 21. May
This email address is being protected from spambots. You need JavaScript enabled to view it.

Miroljub Vučković
International Relations and Promotion
In Cannes 14 – 26. May
This email address is being protected from spambots. You need JavaScript enabled to view it.

Andjelija Andrić
International Relations and Promotion
In Cannes 14 – 22. May
This email address is being protected from spambots. You need JavaScript enabled to view it.

Una Domazetoski
International Relations and Promotion
In Cannes 14 – 22. May
This email address is being protected from spambots. You need JavaScript enabled to view it.