PRODUCTION: Serbian Dušan Kovačević in Production with It’s Not So Bad to Be Human Featured 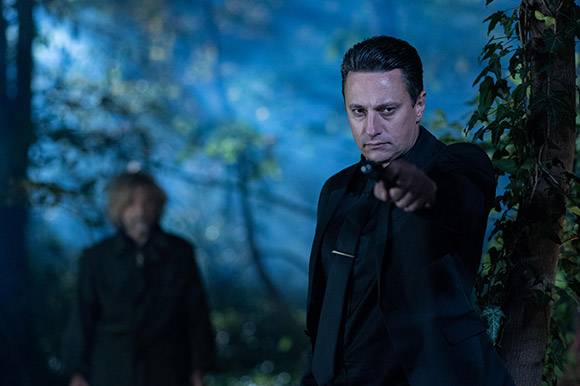 It’s Not So Bad to Be Human by Dušan Kovačević

BELGRADE: Dušan Kovačević, the most prominent Serbian dramatist of his generation, is currently in production with his new feature film titled It’s Not So Bad to Be Human / Nije loše biti čovek. The production has been supported and aided by Film Center Serbia.

A 52-year old piano teacher loses his job in his „best years“ due to the shortage of students in his school. Already very depressed, he barely survives a beating in a park, and on his way home he visits the florist’s where his friend, an unemployed vocal coach, gives him a bouqet of flowers so he can have something to celebrate his marriage anniversary. He then confesses to his wife that a dog saved him from greater injuries, but he avoids mentioning that the dog actually saved him from a suicide attempt with a belt already around his neck.

The film is now a coproduction between Serbia, Luxembourg, Croatia and North Macedonia, supported by Film Center Serbia and the Croation Audiovisual Centre.

The shooting is expected to wrap in the spring or summer of 2020 and the flm will have its premiere screenings in autumn next year. No budget details have been discolsed so far.

Producer:
Art & Popcorn (Serbia)
This email address is being protected from spambots. You need JavaScript enabled to view it.