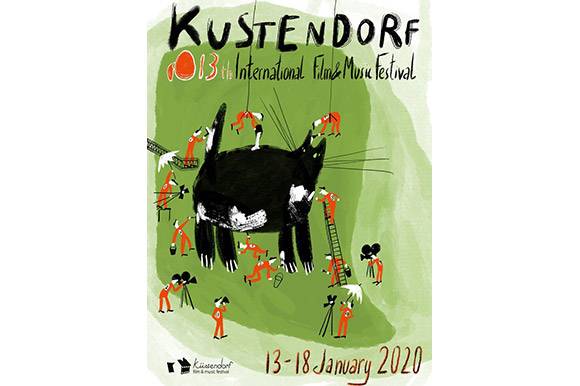 MEĆAVNIK: Twenty one short films mostly by young filmmakers are competing for prizes at the 13th Kustendorf Film and Music Film Festival (13-18 January 2020) in Mećavnik. The festival was established by Emir Kusturica.

A total of 722 films were submitted this year. The Italian filmmaker Paolo Virzi is presiding over the jury.

Three Serbian short films are in competition this year: The Last Image of Father / Poslednja slika o ocu by Stefan Đorđević, One Who Brings the Rain / Onaj koji donosi kišu by Isidora Veselinović and the short documentary Then Comes Evening / A sada se spušta veče by Maja Novaković.

The festival is organised by The Rasta International production company and it is supported by the Ministry of Culture and Information of the Republic of Serbia, Mećavnik Grad and TNSO.

Nowhere Under the Rainbow (France)
Directed by Régis Delicata

Then Comes the Evening (Serbia, Bosnia and Herzegovina)
Directed by Maja Novaković

One Who Brings the Rain (Serbia)
Directed by Isidora Veselinović

The Other (Iran, India)
Directed by Saman Hoseinpuor, Ako Zandkarimi (aka Samko Brothers)

The Last Image of Father (Serbia)
Directed by Stefan Đorđević