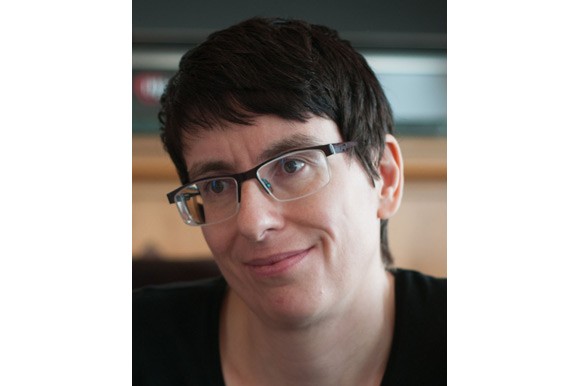 FNE: What are the latest developments in the Slovak film industry and how does the financial crisis still affects it?

The most important institution for the Slovak film industry is the Audiovisual Fund, created in 2009. Experience from the first years of its operation and discussion with the representatives of the industry are at the present basis for enhancing the support system for the audiovisual environment.

The second most important institution is the public broadcaster

(RTVS), which has a new general director as of August 2012. The audiovisual industry expects from him a return to serious cooperation with independent producers, as well as a return to quality film and television production.

The financial crisis affects the environment in several ways. First, by limiting resources of private broadcasters for original production, and also by decreasing the financial input from broadcasters and other contributors to the Audiovisual Fund; that consequently means less funding for specific projects of the film industry.

FNE: From you experience as executive vice president of the Slovak Film and TV Academy (www.sfta.sk), what can you say about the upcoming generation of filmmakers? Is there a new trend emerging in the Slovak cinema?

In the past 10 years there we have seen the strong presence of new filmmakers in the Slovak audiovisual environment. And Slovak producers are increasingly becoming international partners. In the past three years, Slovak films have started to appear at film festivals in Berlin, Venice, Cannes, Palm Springs, etc. This year, two Slovak films will compete for the AMPAS awards: not only the film Made in Ash by Iveta Grofova, but also the short animated film by Ivana Laucikova and Martin Snopek, The Last Bus, which has already has won prizes at two festivals, moving it closer to competition for the Oscar.

FNE: How does the international success of Slovak films affect the grant policy of the State, three years after the creation of the Slovak Audiovisual Fund (www.avf.sk)?

Currently there is an ongoing discussion of the producer associations with the Audiovisual Fund regarding how to better set the rules for producer credits. There is an effort to encompass into this rule also the international acknowledgement of production companies.

FNE: What can you say about the Slovak media these days? How was it in the first half of 2012?

The economic situation affects the media market significantly. The most complicated circumstances are in respect to the radio and print media. Television and internet is considered, by the advertising clients, as the most effective. However this does not mean that there is no pressure placed on these media also, in respect to efficiency. This, naturally,   has its effect on investments made in television and film production.

FNE: Slovak documentaries have done very well lately. Why do you think we are seeing this trend now and what important documentaries will be coming out of Slovakia this year?

In 2004, the Ministry of Culture (old.culture.gov.sk) started a new system of grants. The system was set on commonly used principles in the funds operations in regard to the way the projects are evaluated and the supported. Gradually there was an increase in the amount of financial resources that were provided to the producers via the grant system. Documentary films have proven to be most flexible in their capability to respond to the changes, also due to the fact that they are capable of working with lower budgets in comparison to feature films. Recently there was a premiere of the documentary Bells of Happiness by Martin Sulik and Jan Bucka, there is an upcoming premiere of the new film by Jaro Vojtek, The Gypsy Vote, and also two new films by Zuza Piussi, From Fico to Fico and Fragile Identity.

FNE: What is the important of annual awards for best Slovak films? How and why are these organised?

The National Film Award - The Sun in the Net, is a standard national award, purpose of which is not only to acknowledge films of the highest quality and performances, but also to popularise the film industry and contribute to building a more responsible position in society for film production. In respect to the number of films produced in Slovakia, the national film Award is held biannually. In April we had the Sun in a Net Award ceremony 2012 which awarded films from the years 2011 and 2010. Among the most successful films were films that were also internationally acknowledged: The House by Zuzana Liova and Gypsy by Martin Sulik.

FNE: As a producer are you working on any new projects?

I’m in the final stages of preparation for a short 15 minute film by Martin Repka, Tiger Fight, which was chosen for the EUROPEAN SHORT PITCH 2012 and which will be filmed in the beginning of December in Chennai, India. In spring 2013 there will be the premiere of a film by Zdenek Tyc, As Never, made in coproduction with Ondrej Trojan whose film ID Card (Občiansky preukaz) was the first and very successful minority coproduction of our company. PubRes is the minority coproducer of this intimate drama.

We are also participating in several feature and animated films that are under the chief production of Trojan: a wonderful family film, OddSockEaters by Galina Miklínová and Pavel Šrut, and a trilogy by director Jan Bubeníček, Grandpa Cactus.

Together with Vratislav Šlajer and Petr Bílek’s company FilmBrigade, we are preparing a horror film parody set in Bratislava in 1919, Wilson City, based on the literary work by Slovak writer Michal Hvorecky. Also with their sister company Bionaut, we are working as the minority coproducer on a film by the Radim Spacek, Places, that indirectly links up to his previous very successful film Walking Too Fast. At the same time we are continuing to develop new projects.

Zuzana Mistriková is currently Executive Director of PubRes (Creative Industries Consultancy Company and Film Production and Distribution), co-owner of the Media Representative Agency RadioNet, Executive Director of Media Institute, president of the Advertising Council, and Executive Vice-president of the Slovak Film and Television Academy. She is also Collegium’s member of the Association of Independent Slovak Producers.