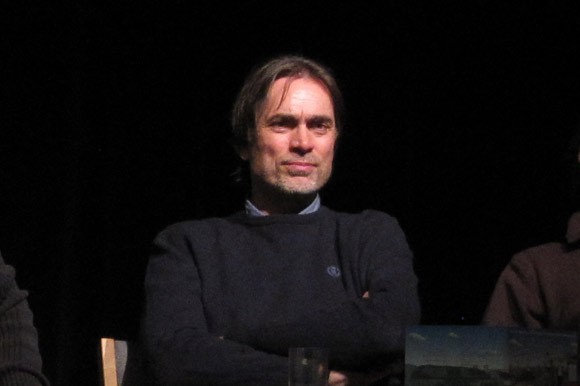 The 2 m EUR Czech/Slovak coproduction is produced by Cieslar’s company Happy Celluloid (www.celluloid.cz) and the Slovak company Wandal is coproducing. Editing is now underway in Slovakia under the direction of Patrik Pass. The film received support from Czech TV (www.ceskatelevize.cz), Slovakia’s Audiovisual Fund (www.avf.sk), the Czech State Film Fund, and Barrandov Studios (www.barrandov.cz). The film was shot on the back lot at Barrandov.

The story, informed by the three years Lustig spent in concentration camps during WWII, is a love triangle between two prisoners played by French actress Clemence Thioly and Czech actor Jiri Madl and a German SS officer played by Erich Bauer which takes place in a section of the camp where the prisoners’ belongings were sorted. The script was jointly written by Cieslar and Lustig shortly before the much-awarded author died in early 2011.

“It’s a big project in terms of Czech cinema,” Cieslar told FNE. “We build a barracks on the backlot of Barrandov and will add the rest of the camp barracks by special effects.”

The film will be completed in fall 2013. Negotiations regarding international distribution are underway.