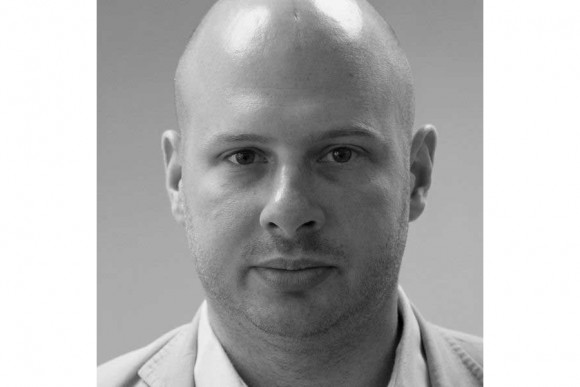 BRATISLAVA: Slovakia will be represented by the very dry Mátyás Prikler as one of European Film Promotion’s Producers on the Move.

Born in Bratislava in 1982, Prikler graduated from the Academy of Performing Arts where he studied film directing under Stanislav Párnický. In 2005 he founded his own company, MPhilms, focusing on film production and arts workshops for children. From 2005 - 2006 he studied at the Hungarian Film Academy in Budapest, where he attended classes by János Szász and Attila Janisch. His short film Thanks, Fine (2009) was screened within the Cinéfondation section at the 2010 Cannes International Film Festival. He expanded it into his first feature-length movie, which also had a slight change to the title in English, Fine, Thanks. It premiered at IFF Rotterdam in January 2013.

Prikler’s company MPhilms Ltd. produced the feature film Slovakia 2.0/Slovensko 2.0 which consists of 10 short films directed by 10 directors. He is also the producer of the latest film by Jaroslav Vojtek, Children/Deti, and is the minority coproducer of the upcoming film Mirage/Délibáb by Hungarian director Szabolcs Hajdu.

Prikler told FNE, “I decided to produce my first feature film Fine, Thanks because at that time it seemed to be the easiest way to finish this film. After that a lot of other people started to believe that I am a producer. And suddenly, I found myself to be a producer or coproducer of films directed by my friends like Jaro Vojtek and Szabolcs Hajdu. We also started to produce quite a big project Slovakia 2.0, which is an omnibus film by 10 Slovak directors.

Prikler says his ideal producers include fellow Slovaks Peter Kerekes, Marko Škop and Ján Meliš, and Hungarian producer Viktória Petrányi. He told FNE, “I always wanted to work on films which are important, no matter if as a producer or in any other position.” He has a similarly unrestricted attitude toward genres and film styles, saying he simply likes good films, regardless of whether they are fiction features, documentary films, or animated films.

Prikler has a modest view of himself. “I am not a ‘big fish’ in my country. Maybe I can bring together some people and build up a team. At MPhilms we try to work on art-house movies without compromises,” he said. He describes his goals with a similarly heavy dose of modesty: “I would like to finish some films in the next years.”

This email address is being protected from spambots. You need JavaScript enabled to view it.
www.mphilms.sk