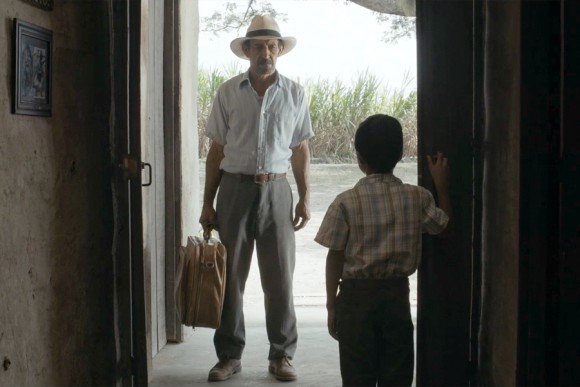 BRATISLAVA: The Colombian film Land and Shade directed by Cesar Augusto Acevedo won the Best Film and the FIPRESCI prizes at the 17th Bratislava IFF closing ceremony on 16 November 2015.

The Best Documentary prize went to the French/Swiss/German film A German Youth directed by Jean-Gabriel Periot.

The festival presented an award to beloved Slovak actress Emilia Vasaryova accompanied by a screening of her 1970 film The Copper Tower directed by Martin Holly and filmed against the stunning backdrop of the Slovak High Tatra mountains. It remains among the most popular of Slovak films.

The scaled back festival was under the guidance of its new, young programme director, Pavel Smejkal, whose first experience with the festival was ten years ago when he attended it as a student. He reorganized the festival sections, grouping films under themes, with the overriding theme of “family” playing across competitive and non-competitive sections alike. The festival’s focus has become that of an event for local audiences, with a master class conducted by Slovak-American filmmaker Miso Suchy.

The festival’s special sections included a focus on Greece with ten films ranging from shorts and animation to features including Cannes Jury Prize winner The Lobster, and the annual Made in Slovakia focus on domestic films.