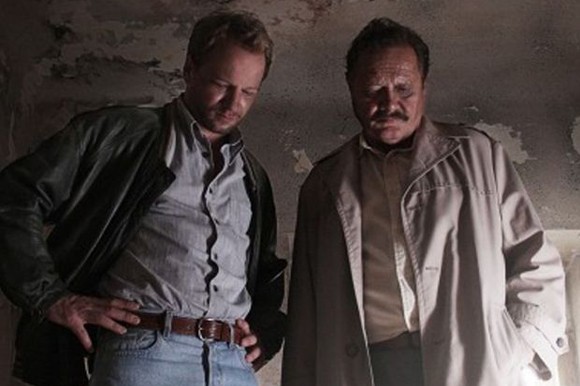 BRATISLAVA: Michal Kollár’s The Red Captain, an adaptation of a popular crime detective novel by Dominik Dán, sets an opening weekend record of domestic fiction films in Slovakia with 36,328 admissions.

Red Captain/Červený Kapitán was released by Forum Film Slovakia s.r.o. on 10 March 2016. Its admissions after the first weekend together with avantpremieres reached 38,184.

The previous opening record was held by the historical film Bathory (2008) by Juraj Jakubisko, produced by JakubiskoFilm.

Red Captain follows detective Krauz as he is dealing with an extraordinary case of murder, which can be connected with the church and the secret police in Bratislava in 1992. Miro Šifra, Michal Kollár and Anna Fifíková wrote the script. The film used 380 special effects scenes, a record in Slovak film history.

The film was produced by Slovakia’s SOKOL KOLLAR, spol. s.r.o. in coproduction with Fog’n’Desire Films from the Czech Republic and Poland‘s MD4. It was supported by the Slovak Audiovisual Fund, RTVS, Czech Television, Barrandov Studio and S Pro Alfa.