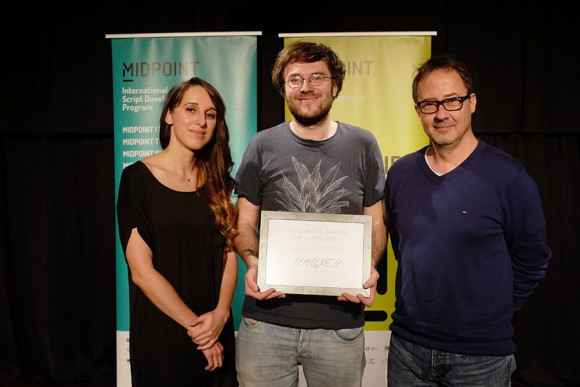 BRATISLAVA: The first HBO Europe Award for Best Television Project, which was given at MIDPOINT TV Launch in Banská Štiavnica in Slovakia on 9 November 2016, went to Hausen, written by Till Kleinert (Germany) and produced by Anna Stoeva (Bulgaria). The award included 4,000 USD for further support of the project's development.

Hausen tells the story of a recently widowed father, who takes up the long-vacant position as building manager in a rundown housing complex. Soon after moving in, his teenage son Juri starts to sense something vicious permeating their new home: a sinister force that has taken possession of the decrepit panel walls, secretly feeding on the spirits of the block's inhabitants. To fight it, Juri needs to initiate a revolt against the house itself – even if that means confronting the stoic regime of his father, who has already fallen deep under the building's corrosive spell.

Hausen, along with two other projects, 1989 and For the Love of Prague, participated in the first MIDPOINT TV Launch programme, which is focused on the development of ongoing, episodic, content-rich TV series that can sustain multiple seasons. The programme is designated primarily for young filmmakers from the East European, Balkan and Baltic countries. The first workshop was part of Finále Plzeň Film Festival in the Czech Republic earlier this year, and the final workshop took place 3 - 10 November in Banská Štiavnica.