FNE at the Slovak Film Week: Steam on the River Featured 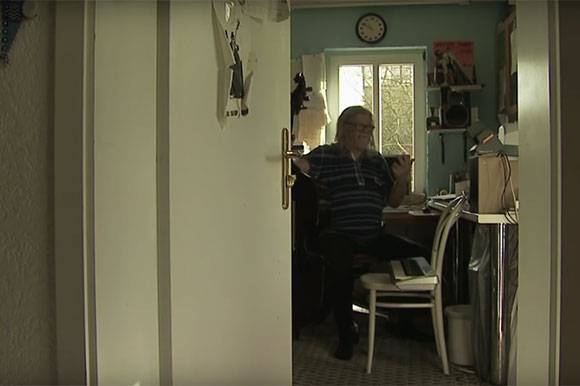 Steam on the River by Robert Kirchhoff and Filip Remunda

BRATISLAVA: The Slovak Film Week, a showcase of domestic production organised by the Slovak Film and Television Academy from 3 to 9 April 2017, will screen the documentary Steam on the River / Para nad riekou directed by Robert Kirchhoff and Filip Remunda.

The Slovak Film and Television Academy (SFTA) also nominated Steam on the River for best documentary at the Sun in a Net national awards, which will be announced on 7 April 2017 as part of the Slovak Film Week event.

This documenary jam session introduces jazz artists Laco Deczi, Ľubomír Tamaškovič and Ján Jankeje, who were well-known in 1960‘s and now are seeking to relive that past times.

“Our protagonists were so authentic, that they weren’t even interested in the camera in front of them; they simply didn’t mind. It allowed us to improvise a lot during the shooting. It reminds one of improvisation as in jazz music,“ explained Robert Kirchhoff.

Slovak atelier.doc produced the film in coproduction with Czech partners Hypermarket film and Czech Television. The Slovak Audiovisual Fund, the Czech State Cinematography Fund, the MEDIA Programme and the Ministry of Culture of the Slovak Republic supported the film, which had a budget of 220,000 EUR.

Steam on the River premiered at Visions du Reel in Switzerland. The film was released in May 2016 in domestic cinemas. Deckert distribution is handling the sales.

Atelier.doc
http://www.atelierdoc.sk/
This email address is being protected from spambots. You need JavaScript enabled to view it.

Hypermarket film
http://www.hypermarketfilm.cz/
This email address is being protected from spambots. You need JavaScript enabled to view it.

Czech television
http://www.ceskatelevize.cz/english/
This email address is being protected from spambots. You need JavaScript enabled to view it.