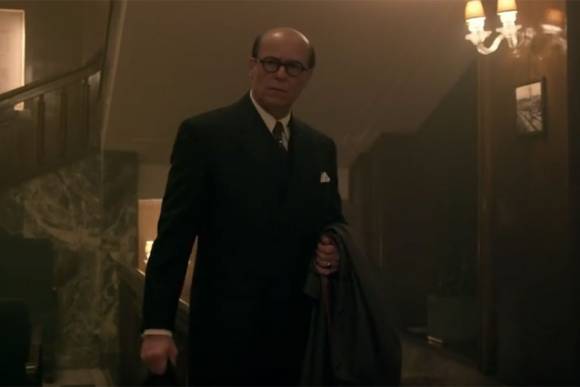 A Prominent Patient by Julius Sevcik

BRATISLAVA: Slovak Film Week, a showcase of domestic production organised by the Slovak Film and Television Academy from 3 to 9 April 2017, will screen A Prominent Patient / Masaryk directed by Julius Ševčík.

A Prominent Patient is a hot candidate for best feature film at the Slovak Film and Television Academy‘s (SFTA) Sun in a Net national awards, which will be announced on 7 April 2017 as part of the Slovak Film Week event.

The film is a historical drama set in 1939 and tells the story of the flamboyant Czech diplomat Jan Masaryk, who has fled to America to escape his recent past. Germany has invaded Czechoslovakia and Masaryk is now a man without a nation. In America, he tries to forget the personal and political betrayals he and his country have suffered – but these events shadow his every step.

The Czech/Slovak coproduction was produced by In Film and Rudolf Biermann with the Czech Television, RTVS and German ZDF/ARTE as a coproduction partners. A Prominent Patient had a budget of 2 m EUR and was supported by the Slovak Audiovisual Fund, the Czech State Cinematography Fund, the Ministry of Culture of the Slovak Republic, Prague Self-Governing region and Bratislava Self-Governing region.

A Prominent Patient was the standout of the 24th Czech Film and Television Academy Awards, winning 12 Czech Lions. The film had its world premiere at the Berlinale.

Beta Cinema is handling the sales.

RTVS
www.rtvs.sk
This email address is being protected from spambots. You need JavaScript enabled to view it.

Czech Television
http://www.ceskatelevize.cz/english/
This email address is being protected from spambots. You need JavaScript enabled to view it.