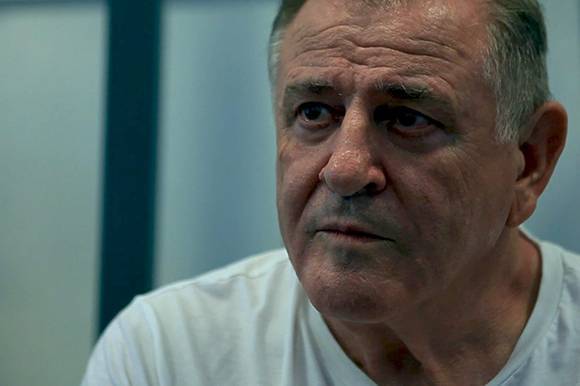 KOSICE: Tereza Nvotová’s documentary Mečiar / The Lust for Power will screen as part of the Slovak Season section at Art Film Fest, running 15 – 23 June 2018. This Slovak/Czech coproduction focuses on the life of Vladimír Mečiar, a key political figure in recent Slovak history.

The Slovak Film and Television Academy (SFTA) nominated The Lust for Power for best documentary at the Sun in a Net national awards, which took place as part of the Slovak Film Week event on 6 April 2018.

In recent Slovak history, there’s scarcely any other political figure more significant than Vladimír Mečiar. Tereza Nvotová approaches him from several different angles. One is an interview that she conducted with him face-to-face, another is his narrative monologue that presents the Slovak history against the backdrop of his own family history, and finally through the archive images of Mečiar in the media. The film interrogates on what Mečiar meant for her generation, the society of that time and for Slovakia in general.

The film was produced by PubRes in coproduction with HBO Europe and Negativ. It received support from the Slovak Audiovisual Fund and the Czech State Cinematography Fund.

Released by PubRes in October 2017, The Lust for Power followed Tereza Nvotová’s feature film debut Filthy / Špina (produced by BFilm in coproduction with Moloko Film, FAMU, RTVS, Magic Lab, Sleepwalker), which was released by Forum film in June 2017. Both films were in the admissions top ten of domestic films in 2017. The Lust for Power had 15,621 admissions, making it the most successful Slovak documentary in 2017.

PubRes
This email address is being protected from spambots. You need JavaScript enabled to view it.
http://www.pubres.sk/

HBO Czech Republic
This email address is being protected from spambots. You need JavaScript enabled to view it.
http://www.hbo.cz/

Negativ
This email address is being protected from spambots. You need JavaScript enabled to view it.
https://negativ.cz/