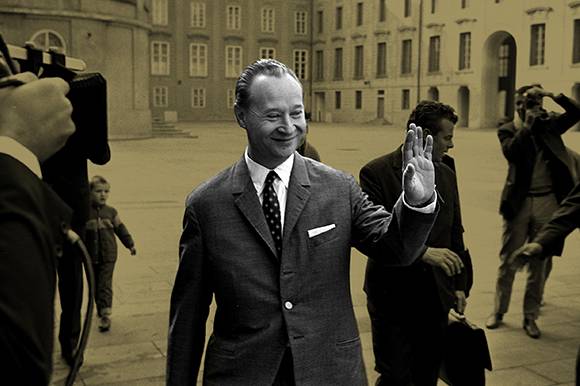 BRATISLAVA: Experienced Slovak documentary filmmaker Robert Kirchhoff deals once again with the complicated political history of the region and in the Slovak/Czech coproduction All Men Become Brothers / Všetci ľudia budú bratia he focuses on Alexander Dubček, leader of the Prague Spring 1968 and chairman of the Parliament after the Velvet Revolution. This documentary is currently entering the second phase of shooting and it should be finished by the end of 2019.

Dubček is regarded as a humanist politician and is celebrated for his programme of “Socialism with a human face”. However, he tends to be mythologised and his death in a car crash has fuelled many conspiracy theories. This documentary is addressing the way we relate to our recent history. “It is not a classical biopic. The view on one person should be a broader view, ‘a mirror image’ of an era before and after 1989, Czechoslovakia and the world as a small history of big politics seen through the story of an icon of Socialism with a human face,” says an official statement of the film.

All Men Become Brothers is produced by Kirchhoff’s Atelier.doc and coproduced by Czech endorfilm, Slovak Plaftik, the Slovak national broadcaster RTVS and the Czech Television, with the support of the Slovak Audiovisual Fund, the Czech Film Fund and the MEDIA Programme.

The budget is 300,000 EUR, Robert Kirchhoff told FNE. Apart from Slovakia and the Czech Republic, the first phase of shooting last winter included locations in Kyrgyzstan. Now the film is to be shot in Russia, France and Italy.

Kirchhoff’s previous films include Normalization / Kauza Cervanová, which was awarded the Special Mention and the Prize of the Ecumenical Jury at the 2013 DOK Leipzig, as well as the Special Mention at the 2013 IDFF Ji.hlava, A Hole in the Head / Diera v Hlave, which premiered internationally at DOK Leipzig, and Steam on the River / Para nad riekou (co-directed by Filip Remunda). All three of them won the Slovak national Sun in a Net Award for best long documentary.

As a producer Kirchhoff was involved in Juraj Lehotský’s doc Blind Loves / Slepé lásky, produced by Artileria, which premiered at 2008 Directors’ Fortnight in Cannes, and Iveta Grófová’s 2012 Karlovy Vary entry Made in Ash / Až do mesta Aš, produced by Protos Productions.

Producer:
Atelier.doc (Slovakia)
This email address is being protected from spambots. You need JavaScript enabled to view it. 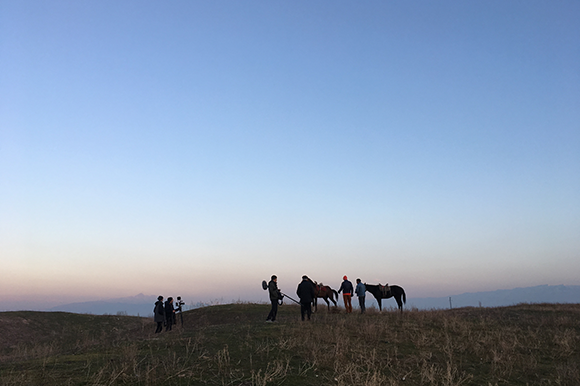