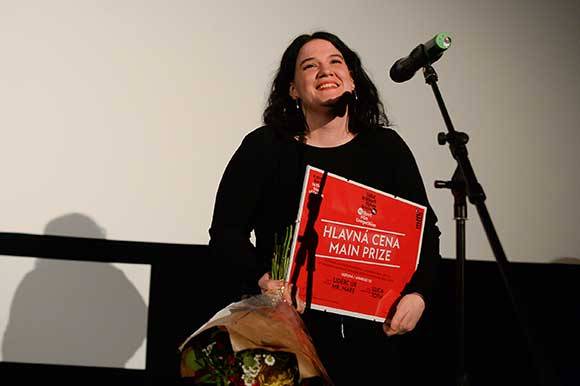 This short animated film with a poetic surreal story about love and loneliness premiered in 2019 Berlinale Shorts.

The international jury was composed of Philip Ilson (Artistic Director of the London Short Film Festival), Natalia Libet (film producer) and Sarah Momesso (representative of the ISFF in Clermont-Ferrand).

A selection of the films screened in the festival will travel to other cities across Slovakia until 10 April 2019.