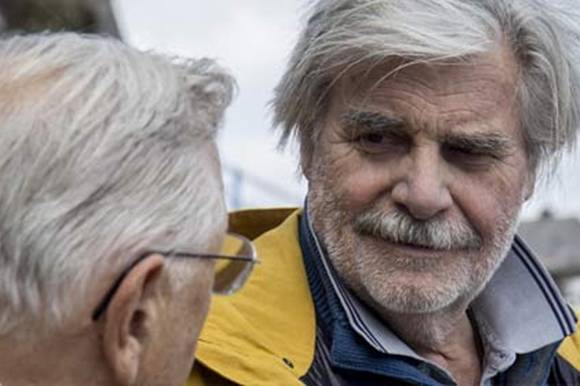 The film will reflect on the changes that have occurred in the perception of art, the transformation of interpersonal relationships, value criteria and morality in the last decades. The main character, a writer, is a self-centered egoist, who has thrown all his ideals away and makes compromises in his working, ethical and even private life. His egoism metaphorically represents the egoism of our society. The story has two layers that intertwine and complement each other: the realistic (Joseph's problems with his closest ones) and fantasy (in an illustration of a short story about a man who has grown rabbit ears). The contradiction between the hero's ideal world and reality should be a source of entertainment.

„We wanted to shoot a comedy that allows us to look at the life of the main character from a distance without distorting it into a simplified scheme. We do not want to judge him and moralise at all. The source of humour should not just be merry replicas and anecdotes, but the consciousness of the interactions that the viewer will discover. Our ideal is Gogol´s ‚laughing through tears‘,“ Šulík said.

The 28 days of filming took place in Bratislava and surrounding locations.

Man with Rabbit Ears is produced by Šulík´s company TITANIC s.r.o. and Rudolf Bierman´s In Film Praha and coproduced by RTVS and the Czech Television. Local distribution will be handled by Bierman’s company Garfield.

The release is expected in march 2020.