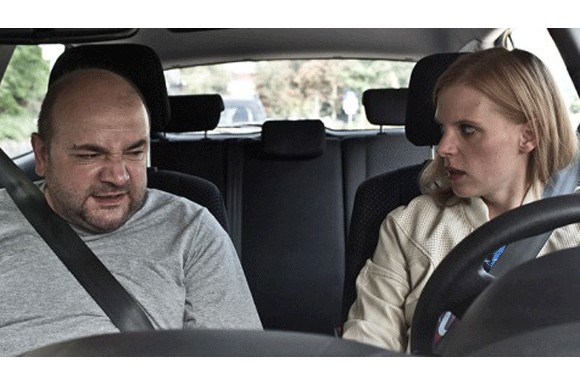 LJUBLJANA: Janez Burger’s Driving School is among the eight Slovenian films that will compete at the 17th Slovenian Film Festival taking place in the coastal town of Potoroz 10-14 Septermber 2014.

The film produced by Slovenian Public TV with the budget of 577.090 euros, is a tense drama dealing with the issues of Slovenia’s new class of tycoons. One such newly minted tycoon Robert has no scruples about taking over a plot of land to build a modern shopping centre. The only two obstacles standing in his way are a driving school headquartered there, and his daughter Lija, who wants to take driving lessons from the same company despite her father’s opposition. As a counterbalance to the gripping events of the ruthlessness of the world, the plot is dotted with warm personal relationships.