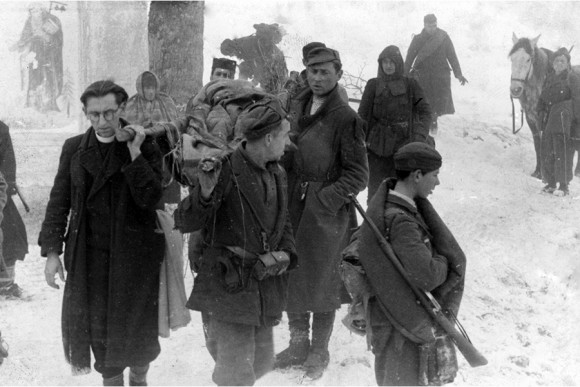 MARIBOR: Documentary feature film Partisan Priest has finished shooting and is ready for its cinema and television premiere in autumn 2015 following the opening night at the Slovenian Film Festival in Portoroz.

The new documentary drama from director Bojan Labovic tells the life story of Joze Lampret, a controversial personality of Slovenian pre- and post-war history. He was a priest who joined the partisans in the Second World War and was excommunicated from the Catholic Church. Labovic says: “I see him as a strong political figure. He was a priest and a partisan but above all he was relentless freedom fighter who firmly stood for his religious and political beliefs and had never stopped fighting for equality among people.”

The film is a Slovenian coproduction produced by Studio Legen in coproduction with TV Slovenija. The total budget was 108.000 EUR, producer Djordje Legen told FNE. The project was supported by the Slovenian FilmCenter with 45,000 EUR and cofinanced by the Municipality of Maribor.