FNE at Portoroz 2015: The Reaper Featured 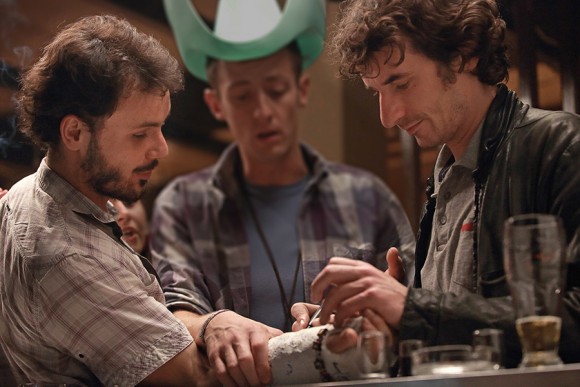 PORTOROZ: The Reaper by the Croatian director Zvonimir Jurić will be screened together with other Slovenian minority coproduction films in the competition of the 18th Slovenian Film Festival (15 - 20 September 2015).

Three stories take place during a single night dealing with the ex-con Ivo in different ways and gradually constructing a gloomy picture of his life and of the whole area affected by war, as Ivo is by his crime.

The Reaperwas produced by Kinorama in coproduction with Slovenia's Forum Ljubljana. The film was supported by the Croatian Audiovisual Center with 557,931 EUR, the MEDIA Programme with 25,000 EUR, Eurimages with 160,000 EUR, the Slovenian Film Center with 70,000 EUR and Viba Film Ljubljana.

The total budget of approximately 1 m EUR was covered by Croatia with 65.45%, Slovenia with 16.42% and from EU sources with 18.12%, Eva Rohrman from Forum Ljubljana told FNE. She also mentioned that the main reason for making this coproduction was the amazing screenplay and the very successful cooperation with Kinorama’s producer Ankica Jurić on the Vinko Möderndorfer's Inferno (Forum Ljubljana, Kinorama, Sektor Film, 2014).

The film premiered at the Ljubljana film festival LIFFe in 2014 and won three Golden Arena awards at the Pula Film Festival the same year. It has been released in the Slovenian art cinemas by Forum Ljubljana in April 2015.New Morning Films is handling the sales.