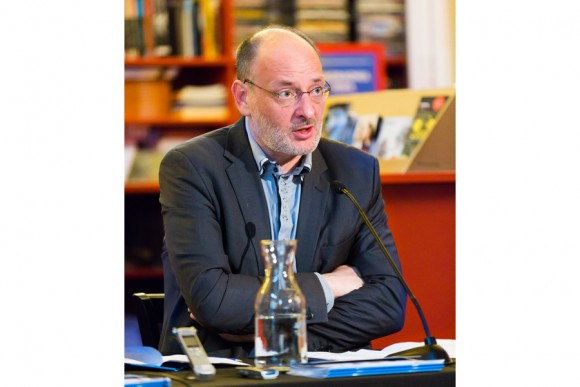 LJUBLJANA: A clash between the Slovenian government and the board of the Slovenian Film Center has left the institution without a director.

Following the Slovenian Ministry of Culture’s rejections of the re-appointment of director Jožko Rutar to a second term, the Slovenian Film Center is now without leadership. Rutar has enjoyed the confidence of Slovenian filmmakers throughout his five year term and has been endorsed by the SFC board for a second term.

The five year term of the first director of the Slovenian Film Center (SFC) Jožko Rutar ended on 30 June after a new call for applications for the post, the Board of SFC, formed mainly from representatives of the film industry, reelected Rutar and proposed him to the Slovenian government for a second five year term.

The government, which is legally obliged to officially appoint the SFC directors, has refused the proposal of Rutar for position of director without explanation and asked the board to propose an acting director until a new call for director can be completed. The council reconvened and proposed Rutar to be the acting director noting that he already has trust of the board and he has successfully run the institution previously. The government again refused to appoint Rutar, this time as an acting director of the SFC. The present government of Slovenia is a coalition which has been in place since elections in 2014.

According to the SFC website, the closing date of the new call for the SFC director is 1 August 2016. This situation leaves SFC temporarily without leadership.

Rutar has had widespread support from Slovenian filmmakers and professional associations throughout the past five years and is also highly regarded by his colleagues internationally. The situation at the SFC is expected to be discussed at the plenary session of EFADs the organisation of European Film Agency Directors in Karlovy Vary today 6 July.

"The past five years when Jožko Rutar was director was the first time that filmmakers could work without political games," Slovenian director Miha Knific, who is attending Karlovy Vary IFF, told FNE. "It's really a shame. During his time as director the Slovenian film has achieved quite a big success. We have three films screening at this festival and we have here the Slovenian Film Day - without Jožko, who actually organised it."

Slovenian producer Danijel Hočevar also told FNE: "Jožko has always been very fair. His decisions about funding have always been based on the jury recommendations. He never favoured anybody." Hočevar said that there were not many skilled professionals who could do this job, especially following recent actions by the government. “Some officials made strange accusations of impropriety against Jožko, even though the Film Centre acted absolutely within legal boundaries throughout his term and nothing has changed," Hočevar said.

Contacted by FNE, Rutar has decided not to comment the current situation.