FNE at Slovenian Film Festival in Portorož: Life Is a Trumpet Featured 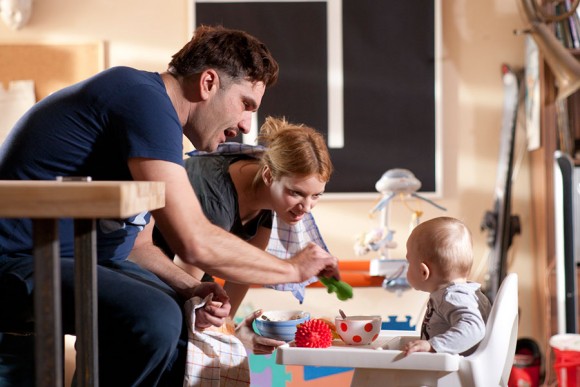 Life Is a Trumpet by Antonio Nuić

PORTOROŽ: Croatian/Serbian/Slovenian/Montenegrian coproduction Life Is a Trumpet / Život je truba by Antonio Nuić will be screened in the competition of the 19th Slovenian Film Festival in Portorož (13-18 September 2016). This character-driven film, where drama and comedy are intertwined offering a different perspective of the same event, stars Bojan Navojec, Iva Babić and Ksenija Marinković.

The main characters of the film are Boris, a trumpet jazz performer, and Jana, a psychologist, a couple who are about to get married. He comes from a wealthy family of business owners (his father is a butcher), while she is from a classic middle-class background. The film confronts two families of different backgrounds, whose members are not as different as one might expect.

Award-winning Bosnian/Croatian film director Nuić wrote a script where “the plot is a bit pushed aside and the central position belongs to the characters' reactions to events that happen around them,” Propeler Film representatives told FNE. The film was shot in 35 days in Zagreb and in its surroundings in two phases - the first in December 2013, the second in May 2014. Radislav Jovanov Gonzo is the DoP.

The film with a budget of 900,000 EUR was produced by Boris T. Matić through Croatia's Propeler Film in coproduction with Slovenia’s Staragara, Serbia’s Baš Čelik, Montenego’s Artikulacija production, the Croatian Radio Television HRT. It was supported by the Croatian Audiovisual Centre, Zagreb Film Festival, Slovenian Film Center (with 60,000 EUR), FS Viba (with 65,000 EUR) and MEDIA Programme for development. The Film and Music Entertainment from UK is associate producer.

“I’ve been working with the producer Boris T. Matić for many years. Life Is a Trumpet is another result of our cooperation and in these days we are finishing the film Ivan, another coproduction between Staragara and Propeler Film from Zagreb,” Slovenian coproducer Miha Černec told FNE before the screening in Portorož.