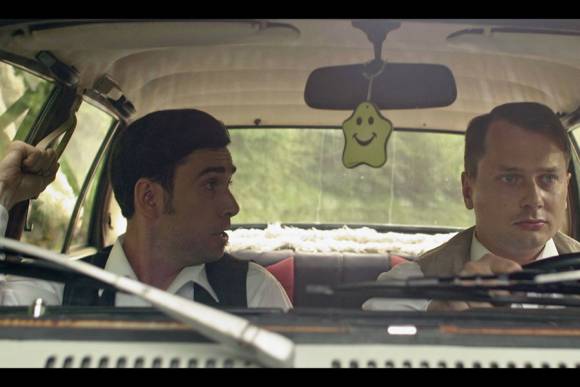 At Hostar by Luka Marčetić

LJUBLJANA: The Slovenian comedy At Hostar / Pr’Hostar directed by Luka Marcetic has earned 1.06 m EUR at the domestic box office and is poised to surpass 200,000 admissions.

The film about the employees of a small, struggling hotel, who try to sabotage its sale to a foreign owner, opened at the end of October and was still in the top ten, in eighth place, after 15 weeks in release.

At Hostar was produced by the film’s star Goran Hrvacanin, who also co-wrote the script and co-edited the film, and by Kerlc Film in coproduction with Iridum Film. The film originated as a short series on Youtube. The film is distributed by Karantanija Cinemas.