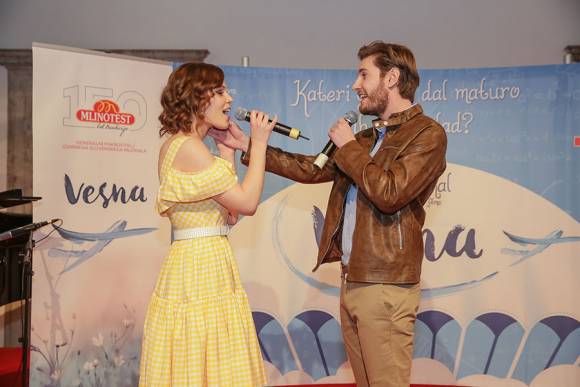 LJUBLJANA: The first Slovenian romantic comedy Vesna (1953) by František Čap, has been turned into a musical that will premiere at Ljubljana's Križanke open-air theatre in June 2017.

The black & white high-school romance with approximately 240,000 admissions is one of the top viewed domestic films ever. The film follows Vesna, the daughter of a math teacher, who is in love with her charming classmate Samo, while he is trying to use her in order to graduate only to eventually fall in love with her.

“The reasons to adapt Vesna onstage are numerous. First of all it is a beautiful love story. Secondly, it is a fine tuned rom-com that was just waiting to be adapted into a musical. And thirdly, this story still attracts the audience whenever it’s scheduled on TV”, producer Gorazd Slak told FNE.

“Current budget of the project stands at 110,000 EUR, however these costs might increase due to possible venue adjustments”, says Slak, who is no stranger to the film and TV media. He was programming manager at Pro Plus between 2003 and 2008, head of Television Markiza Slovakia between 2008 and 2011 and programming manager within Planet TV from 2014 to 2016. He is also personally very passionate about musicals. “The hidden truth is that there is no ‘increased popularity’ of musicals in Slovenia. Musicals were always popular, they were just not produced”.

Gorazd Slak previously produced the musical Blossoms in Autumn / Cvetje v jeseni, based on the Slovenian film from 1973 with the same title directed by Matjaž Klopčič. The musical had over 140 performances and attracted more than 70,000 viewers so far.