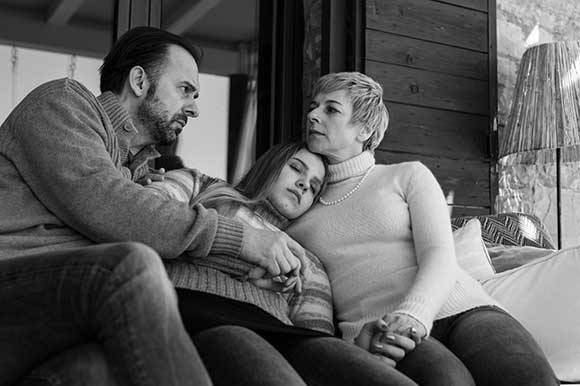 "The world in which we live is in a deadlock. We are stuck in a sort of a civilisational standstill and it will be impossible to get out of it without understanding each other and observing the fundamental human and humanist values", writer/director Vinko Möderndorfer said in a statement.

The DoP is Mitja Ličen, who won a Vesna award for best cinematography for Sonja Prosenc's History of Love, while the sound designer Jurij Zornik won a Vesna Award for best sound for Ian Soroka's Greeting from Free Forest (produced by Pica Pica Productions in coproduction with Plan 9 Produkcija).

The film is produced by Eva Rohrman through Forum Ljubljana in coproduction with Biljana Prvanović through Serbia’s Delirium. The project is supported by the Slovenian Film Centre with 600,000 EUR and Film Center Serbia with 50,600 EUR, while Studio Viba Film provides additional technical support in the amount of 240,000 EUR. The budget is estimated at 1.1 m EUR.

"We expect additional coproducers and co-financers to take part in the project in the course of the production, but the final decisions have not yet been reached," producer Eva Rohrman told FNE.

The shooting, planned to last 30 days, has begun in Seča on the Slovenian seaside and will mostly take place in Ljubljana.

Deadlock is expected to be premiere in mid-2020.

Vinko Möderndorfer, born in 1958, studied directing at the AGRFT. He wrote and directed three internationally-renowned and award-winning live-action features - Suburbs (2004), Landscape No. 2 (2008) and Inferno (2014), all produced by Forum Ljubljana - which have been screened at the most prestigious A-list film festivals: Venice, Montreal, Karlovy Vary, Cannes, Busan, Tallinn, etc., and have won numerous awards. His extensive opus includes more than a hundred theatre and opera directions, sixteen TV directions, and a hundred radio plays. He has also written more than seventy books and forty dramas. For his work he has received more than forty awards, among them the Prešeren's Foundation Award.

Producer:
Forum Ljubljana (Slovenia)
This email address is being protected from spambots. You need JavaScript enabled to view it.