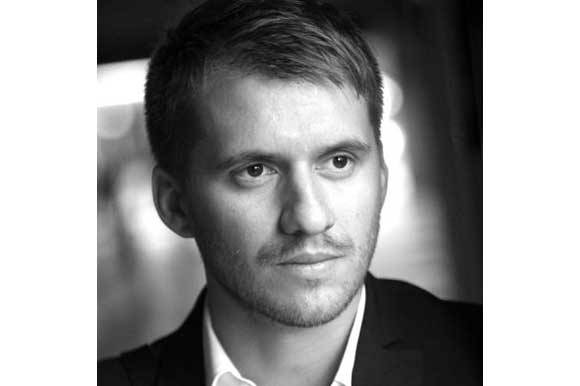 LJUBLJANA: FNE spoke with 2019 Producer on the Move Rok Biček representing Slovenia. His feature directorial debut Class Enemy (2013, Triglav film) premiered and received the Feodora Award at the Venice Critics' Week in 2013 and was a LUX Prize finalist. Rok subsequently established his own production company Cvinger Film, which produced his award-winning documentary The Family (2017). He coproduced Olmo Omerzu's Winter Flies (2018, endorfilm), which was selected for the Karlovy Vary Official Competition in 2018.

Rok Biček: I was part of a high school theatre group, where I was a leading actor and I was determined to study acting at the National Film & Acting School. During holidays I attended a summer film school and instead of improving my acting skills I had to direct a short film. It was by coincidence. My mentor was very satisfied with my approach and advised me to continue my artistic path as a director rather than actor. So a year later I enrolled in film school. A decade later that same mentor became the producer of my debut Class Enemy (2013, produced by Triglav Film), that premiered at the Venice Critics´Week and was one of the finalists for the Lux Prize given by the European Parliament. But this film, however internationally recognised, did not show all of its potential. Making it I was strongly involved in the production process and noticed things that could be done in another way. Not sharing the same opinion with the producer I decided to produce my next films myself, until I find the person who will help me find a way to turn filmmaking problems into challenges. Not vice versa.

FNE: Is there a particular producer who is a role model in Slovenia?

Rok Biček: At the moment the most recognisable figure is Danijel Hočevar (Vertigo), who is also the president of the Association of Slovenian Film Producers, in which we currently strive to regulate the relations between RTV Slovenia and holders of original rights in respect to the copyright payment for broadcasting retransmission in case of cable retransmission.

As my current work is strongly linked to our neighbouring country Croatia I would also like to point out Ankica Tilić Jurić (Kinorama) and Danijel Pek (Antitalent), from whom I received an offer I could't refuse. It is called Dark Mother Earth, a novel by Kristijan Novak, which I will adapt into a film with the same title at the end of next year. This extraordinary story came straight to me thanks to Danijel's long-term vision. Currently he is preparing the shooting of the debut Murina by Antoneta Alamat Kusijanović, a coproduction between Antitalent, RT Features and Sikelia Productions.

FNE: How do you see yourself either advancing or changing the role of the producer within Slovenia or beyond?

Rok Biček: Basically I am a director so I look at the projects of other directors, which I produce, primarily through this perspective. If I am attracted to the story as a director, if there is a possibility I will produce it. That is how a cooperation with Olmo Omerzu (Winter Flies, 2018, produced by endorfilm and coproduced by Cvinger Film) and Sara Kern (Good Luck Orlo, 2016, produced by Cvinger Film and coproduced by Kinorama) began. They are my peers with whom we share similar poetics. The next thing we have in common is that we all work abroad – Olmo in the Czech Republic, Sara in Australia and myself in Croatia.

FNE: What factors in Slovenia are helping or hindering the process of producing films?

Rok Biček: Since my first insight into the world of filmmaking I realised that the Slovenian governments have a long tradition of a careless attitude toward film. Since Marjan Šarec, who graduated from theatre acting at the same school as myself, was appointed as a new Prime Minister, we've been promised that film funding will increase significantly, from the current 4.5 to 11 m EUR by 2022. It looks like there is brighter future for Slovenian cinema. Slovenian filmmakers are further motivated to make international coproductions, without which we are practically unable to create. But it is important to emphasise that the key advantage of international coproduction is the creative cooperation with new partners who increase your horizons.

Rok Biček: I am working on it right now. And there are also some dream sequences in the film.

Contact:
Rok Bicek
Cvinger Film
www.cvinger-film.si
Phone: +386 51 358 339
This email address is being protected from spambots. You need JavaScript enabled to view it.