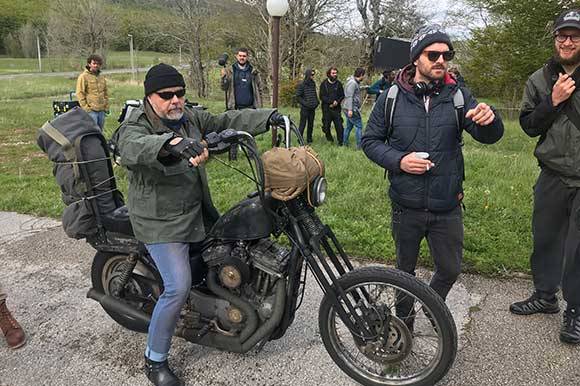 PORTOROŽ: The Slovenian/Croatian/Bosnian/Serbian coproduction Riders / Jezdeca began shooting on 19 May 2019. The road drama about two best friends in their mid-twenties is the first feature by 32-years-old Slovenian director Dominik Mencej.

The shooting, which is planned to last for 33 days, will take place in Slovenia (Ljubljana, Slovenska Bistrica, Rače, Sladka Gora, Mala Nedelja, Jeruzalem) and Croatia (Split, Šibenik, Pak Obrovac, Baške Oštarije, Gračac) and is expected to be finished by 4 July 2019.

Tomaž and Anton, who have grown up in a small village, decide to transform their mopeds into chopper-like bikes and go on a journey after watching the film Easy Rider. Anton wants to impress his girlfriend, who is studying in the capital and has not written to him in months, while Tomaž seeks religious answers to his visions and hopes that faith will guide him.

Riders is produced by Miha Černec through Staragara, in coproduction with Danijel Pek through Croatia’s Antitalent, Srdjan Šarenac through Bosnia’s Novi film BiH and Milan Stojanović through Serbia’s SENSE production. The project is supported by the Slovenian Film Center with 307,100 EUR, Film Center Serbia with 60,000 EUR, Sarajevo Cinema Foundation with 25,000 EUR, MEDIA – Single Development (30,000 EUR) and the RE-ACT Developing Award (10,000 EUR). Studio Viba Film provides additional technical support in the amount of 150,000 EUR. The budget is estimated at 890,000 EUR. The project was developed at the First Film First.

The film is expected to be finished in May 2020