European Film Awards with Cinema Stars from Across Europe 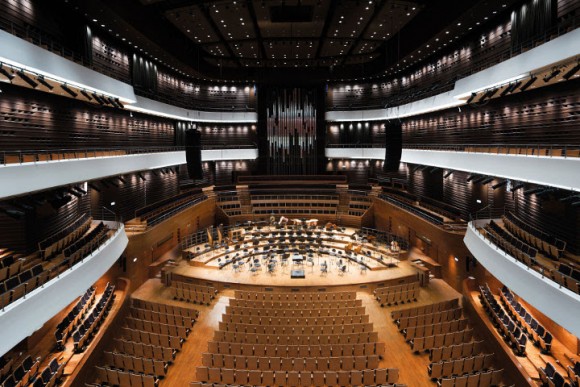 Only four more days before European filmmakers, EFA Members, guests, nominees and winners will gather to celebrate European cinema at its finest at the 29th European Film Awards in Wrocław, European Capital of Culture 2016.

This year’s edition of the awards ceremony will be celebrated at Wrocław’s National Forum of Music (NFM), designed by Kuryłowicz & Associates, a multi-venue facility including a concert hall with 1,800 seats in parterre, amphitheatre, choir and on three balconies.

Pierce Brosnan will be honoured with the European Achievement in World Cinema award, Jean-Claude Carrière will receive this year’s Lifetime Achievement Award and Leontine Petit will get the European Co-Production Award 2016 – Prix EURIMAGES. Among the guests of the ceremony will also be production designer Benoît Barouh (France),  sound designer Dean Humphreys (UK), make-up artist Waldemar Pokromski (Poland) and composer Giuliano Taviani (Italy), all of them members of the excellence awards jury.

The 1,200 guests at the NFM, another 500 at the New Horizons Cinema where the show will be simultaneously transmitted, and all those at home watching live from 20.15 CET on TVN in Poland, online at www.europeanfilmawards.eu, or with one of the other broadcasters and online platforms, will be welcomed by Polish actor Maciej Stuhr, host of the 29th European Film Awards.

Tweet
More in this category: « Slovak Film News: Celebration of Slovak Cinema in Brussels FILMFÖRDERUNGSANSTALT (FFA) IS THE NEW PARTNER OF THE POLISH-GERMAN FILM FUND »
back to top