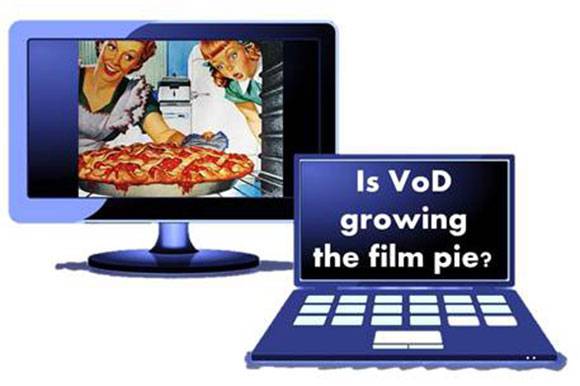 The European Audiovisual Observatory is focusing on the impact of VoD on the film value chain in this year’s Cannes conference.

This year’s must- attend conference – Is VoD growing the film pie – will take place on Saturday 20th of May from 9.30 – 11.30 at the Olympia Cinema, 5, rue de la pompe, Cannes. This email address is being protected from spambots. You need JavaScript enabled to view it.

This year our line-up of experts will be looking at the evolution of VoD and its impact on the film ecosystem.

We’ll be asking how much rightsholders can expect to earn from TVOD or SVOD, looking at the importance of a cinema release for a successful VoD release and also analyzing “direct to VoD” distribution as a viable option.

As far as the distribution chain of a film is concerned, we’ll be looking at the impact of new EU rules on the traditional distribution chain. We’ll also be asking if there is still a standard distribution model which follows the classical windows chronology and territory-by territory exploitation.

The Observatory’s Executive Director, Susanne Nikoltchev, recalled that this conference marks the 25th anniversary of the Strasbourg-based Observatory, part of the Council of Europe. She looked forward to an Observatory birthday cocktail of film facts, figures and lots of fun during the Q&A!

For an invitation: This email address is being protected from spambots. You need JavaScript enabled to view it.

Is VoD growing the film pie? The Impact of VOD on the Film Value Chain

Our panellists will represent relevant industry players and regulators and we look forward to a lively as well as well-informed debate. We’ll be announcing our speakers very soon!
Taking it from an economic as well as a legal angle, the conference will address the following key questions:

PUTTING VOD FILM EXPLOITATION IN CONTEXT
- How much can rightsholders expect to earn from TVOD or SVOD?
- How important is a theatrical release for films becoming available and being consumed on VOD?
- Is “direct to VOD” distribution a viable option?
- What is the economic impact of shrinking windows on exploitation potential?

A NEW FILM VALUE CHAIN
- Will the new EU rules have an impact on the traditional film distribution chain?
- Is the current value chain effective in creating a sustainable industry for the diversity of European films?
- Is there a new standard distribution model emerging in terms of window chronology and territory-by-territory exploitation?
- What are the challenges and tactics of the various players involved in film distribution?

A Q&A with the audience will follow!
This conference will take place in English and French with translation provided.