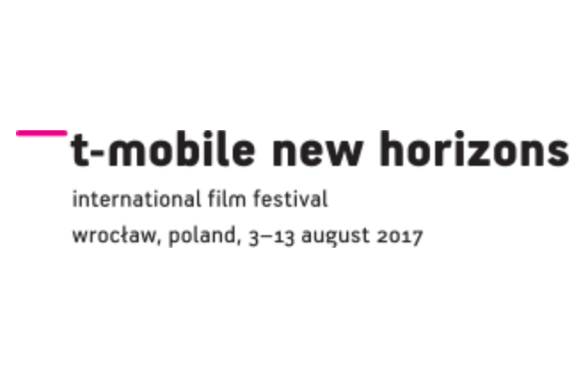 At the initiative of the Polish Film Institute, the T-Mobile New Horizons Film Festival is now one of the 10 international film festivals to present selected films in the prestigious The Goes to Cannes during the biggest film market, Marché du Film, during the 70th Cannes International Film Festival.

The Goes to Cannes is a program that invites the largest festivals to present domestic films to the international film industry, films that do not yet have agents, distributors or set premiere dates.

The T-Mobile New Horizons Film Festival and the Polish Film Institute will present a selection of Polish films in various stages of production (works-in-progress) during New Horizons’ Polish Days Goes to Cannes, which will be a preview of the New Horizons’ industry event called Polish Days held during the Wrocław festival.

“Presence at a film market as prestigious as Marché du Film at Cannes is a tremendous opportunity to promote Polish film productions in their various stages of completion. For over six years we have successfully organized Polish Days jointly with the T-Mobile New Horizons Film Festival in Wroclaw. It is an industry event that has achieved exceptional renown among filmmakers and producers. Now, as part of New Horizons’ Polish Days Goes to Cannes, five Polish productions will be presented to the most important sales agents, distributors and festival programmers from around the world,” says Magdalena Sroka, Director of the Polish Film Institute.

The program of the New Horizons’ Polish Days Goes to Cannes on May 23 consists of five films, including three feature-length debuts: “Diagnosis”- a documentary film directed by Ewa Podgórska, “Thrice Falls the Saint” – fiction debut by Jacek Januszyk, “Tower. A Bright Day” – fiction debut by Jagoda Szelc and an animated film by Mariusz Wilczyński, „Kill It and Leave This Town,” as well as the latest film from Dorota Kędzierzawska, „Speedway”. The closed screening at New Horizons’ Polish Days Goes to Cannes will be held on May 23 at 10 AM-12 noon at Palais K- level 4 in the Festival Palace during the 70th Cannes International Film Festival.

Polish Days, the most important industry event at the T-Mobile New Horizons International Film Festival, is organized jointly with the Polish Film Institute. During closed screenings, film industry representatives from around the world watch the latest Polish films at various stages of production, including completed works as well as fragments of films in postproduction; they also participate in pitching sessions of projects in development. As each year, organizers expect about 200 guests, including sales agents, distributors, film festival programmers as well as producers. Polish Days is an excellent opportunity for Polish film producers and filmmakers to promote their projects, plan festival strategies and network with international partners.

Tweet
More in this category: « Line-up of the Visegrad Animation Forum 2017 Unveiled Slovenian Society of Cinematographers: IRIS Awards »
back to top