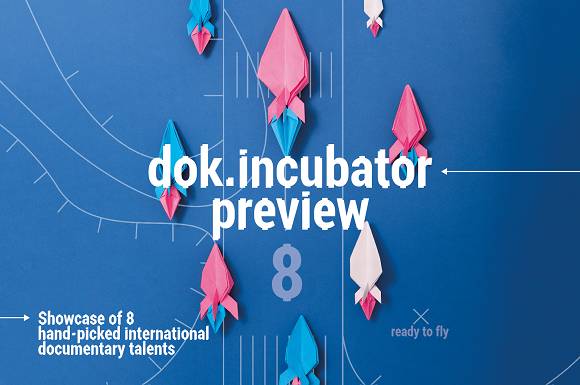 A showcase of 8 documentary talents will be presented at the dok.incubator preview on 23rd September at Nordisk Panorama. Three films from the previous edition premiered at IDFA, one at Sundance, three competed at CPH:DOX, two were shown at Hot Docs and one has been selected for nomination for the European Film Academy Award. It is of no surprise, that this year’s preview of films, developed in partnership with the well-established rough-cut workshop dok.incubator, raises great expectations. Collection of this years’ carefully selected documentaries brings a focus on the variety of approaches to nowadays family and personal values.

A vibrant portrait of a young generation where everything is possible and nothing is private anymore - Searching Eva (DE) takes us to online life, where the line between real and virtual is blurry, lived by Eva, the unlikely icon of the youngest internet anonymous crowd. The reality of today’s world in the Molenbeek district and its impact on the dreamy and magical world of two children, looking for life’s secrets and spells is the story Of Friends and Gods (FI, BE, DE).

In the breathtaking and very traditional Albanian mountains the ancient tradition of blood revenge is questioned as a young girl’s death has to be either revenged or forgiven by her family in The Business of Revenge (SI, RS, XK). Tradition and rituals are also a very important part of the exotic culture of Colombian Wayuu tribe where the border between life and death, dream and wakefulness, beginning and end can be unclear as shown in Lapü (CO).

The Disappearance of My Mother (IT, US) shows very different ankle of looking at contemporary family values - is a very intimate portrait of the closest and strongest bound – mother, an outstanding woman, feminist, activist, human rights defender, professor and fashion model seen through the eyes of her son, filming her for many years to prevent her from planned withdrawal and disappearance from the family world. On the contrary the lack of family ties and social relations has transformed a whole generation of elderly people in Rotterdam in a numerous group of single separated individuals with no contact with the outer world, The Good Neighbours (NL) try to make a change and fight loneliness by actually meeting their neighbours in person. Forgotten family secrets and lies are being uncovered by My Father, the Spy (LV, DE, CZ, EE) as we travel four decades back in time to reveal the second life of a Latvian double-agent at the United Nations. Back to the present – to The Men’s Room (NO) where the members of a men’s choir discover that their friendship is not only about beer and music when they have to face the limits and finality life brings.

The dok.incubator preview will be the final opportunity to see the just-about-to-release films before they take-off to international prestigious festivals.

For more information about the presented films, follow this link to: http://dokincubator.net/selected-projects-2018/

Tweet
More in this category: « Lithuanian documentary Wonderful Losers: A Different World submitted for best foreign-language film Oscar nomination The European Parliament confirms its support for authors’ rights in the Digital Single Market »
back to top