THE DAY I MET MY SUPERHERO 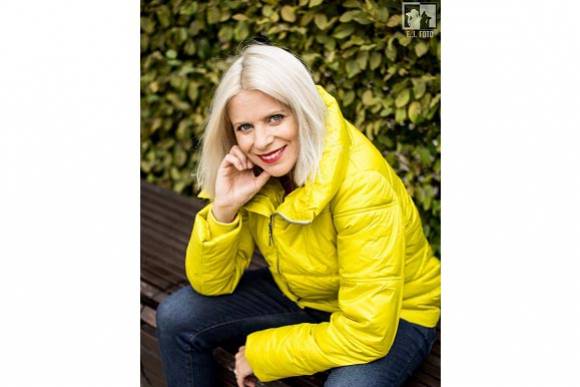 Being a kid, who of us dreamt to be a superhero?

Being admired, possesing super powers, flying, rescuing the world and … onself at the math lessons!

We all dreamt to be unique, loved, popular.

So does Iga, 11 years old, who is, unfortunately, a quite average girl.

Her heroine is Agnes Dopierala, a superhero from the tv series. Iga enrolls herself to a casting, the winner will be a part of the famous tv show together with Agnes.

However world has different plans. Iga’s mother gets seriously ill, suffering from epilepsy. Visiting her at the hospital she meets Olek. They have the common goal, both want to travel to Berlin, where the casting takes place and where Olek’s rich father lives. Olek could see him for the first time ever and possibly get money for a difficult operation and Iga could win the casting. They both run away from Poland to Germany.

Maria Sadowska, says one of the reasons  she picked the project is its feminine drive. „There’re rarely female child characters in the history of Polish cinema. At last „IGA” will be a  project girls could reffer to”. The female surrounding of the film came naturally and during the long proces. „We never assumpted to do the female project, but we ended up in a team of wonderful women professionals”. – says the producer.

We’re happy to have Maria Sadowska on board, who is not only talented writer/director and singer but also known from „Voice of Poland” show where she was one of the jurors.

Being a young girl Marysia herself sang in a teenage program at the Polish national television, we’re sure the generation of todays thirty and forty- year- olds still remebers it. „We’re sure many girls watched it and dreamt to be like Marysia.”- Magda Rychła, the producer adds.

Not only the plot makes this film a family project but the whole story around it.

The project has already received the funding for development and participated at Warsaw Kids Forum. Polish Film Institute since 2016 opened a special call for the production of the kids content and that definitely helped financing family/children movies. Producers will attend Riga IFF and Cinekid in Amsterdam in search for partners. The production is scheduled for 2020 and release 2021.

The casting proces will be open and start early next year.

Tweet
More in this category: « Visegrad Animation Forum Is Rebranding into CEE Animation and Opens Call for Pitch of Animated Projects Georgia’s Vova Katcharava of 20 Steps Productions joins Bankside Films and Film and Music Entertainment at the American Film Market to announce first pre-sales and new title of How To Sell a War, produced by Mike Downey and Sam Taylor . Renamed How »
back to top