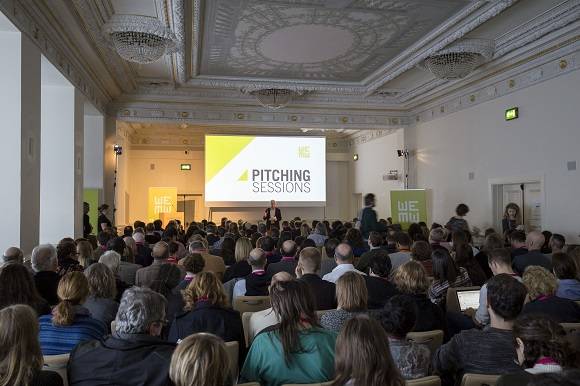 Trieste - December 14, 2018 – 22 film projects from 14 countries will be presented at the ninth edition of When East Meets West, the Italian co-production forum taking place on January 20-22, 2019 in the frame of the Trieste Film Festival. This year WEMW will bring together more than 450 industry professionals from over 35 countries, particularly from the 2019 East & West spotlight territories: Central Eastern Europe (Czech Republic, Poland, Slovakia and Ukraine) and Benelux (Belgium, Luxembourg and Netherlands).

The 22 projects in development - 11 long feature documentaries and 11 fiction features - were selected out of 299 submissions from 49 different countries. The final selection will include several debut features such as Methusalem by Floor van der Meulen (9 Days - From My Window in Aleppo, Best European Short Film Award at the 29th European Film Awards) and Victim by Michal Blasko (Atlantis, 2003, premiered at Cinéfondation competition at the 70th Cannes Film Festival) but also upcoming films by Vuk Ršumović (Best Film at Venice Critics' Week 2014 with No One's Child) and Federica Di Giacomo (Liberami, Best Film at Venice Orizzonti  2016).  “Once again we would like to thank all applicants who shared their stories with us. And now, like in all past editions, we will do our best to carefully help our selected projects to find the right partners amongst all our invited guests”, remarks Alessandro Gropplero, head of WEMW.

Along with the Film Center Serbia Development Award (cash prize of 5.000 EUR), the EAVE European Producers Workshop scholarship, the Cannes Producers Network Prize and the Flow Postproduction Award (15.000 EUR in post-production facilities), all fiction projects will compete for one brand new prize: the Pop Up Film Residency Award, a 3-week residency with the guidance of international mentors. Finally, we are pleased to continue the partnership with EWA so to offer once again the European Women’s Audiovisual Network Award, a cash prize for the best female director.

In addition to the 22 projects selected for the pitching forum, WEMW will invite two additional guest projects previously presented at Baltic Event and DOCSP Brazil.

Together with the showcase of projects in development, the programme of When East Meets West 2019 will include the work in progress section for documentaries Last Stop Trieste, the workshop for long feature fiction films in editing phase First Cut Lab, the work in progress section for films produced or co-produced by Italian companies This is IT and a rich programme dedicated to the co-production opportunities with the 2019 spotlight territories. It is still possible to request an online accreditation to participate in the coproduction forum and all detailed info about the programme and confirmed participants are on www.wemw.it

WHAT WILL THE TITLE BE? by Kata Oláh – Makabor Studio (Hungary)

WHO DO YOU LOVE THE MOST, BABY? by Tonia Noyabrova – ESSE Production House (Ukraine)

The 2 guest projects are:

WEMW is organized by the FVG Audiovisual Fund and the Trieste Film Festival in collaboration with EAVE, Maia Workshops, Creative Europe Desk Italy, EURIMAGES and the support of Creative Europe/MEDIA Programme, MiBAC - Direzione Generale per il Cinema, CEI - Central European Initiative and the Autonomous Region of Friuli Venezia Giulia. The 2019 East & West focus is in cooperation and with the support of all Central Eastern European and Benelux national funds.

Tweet
More in this category: « The EU urgently needs remuneration rules for authors and performers MIDPOINT Feature Launch 2019 announcing selection »
back to top