WEMW unveils all juries and the final line up of LAST STOP TRIESTE, THIS IS IT and FIRST CUT LAB 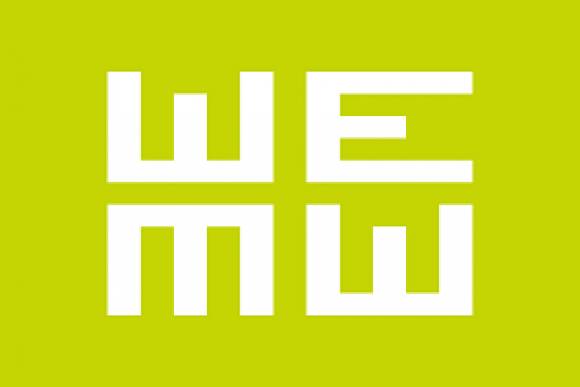 Trieste, January 15th, 2019 – The ninth edition of When East Meets West kicks off in less than one 1 week, on January 20th with an exciting double focus on the Benelux countries and Central Eastern Europe. After having revealed the pitching forum project selection, WEMW is proud to announce that Lorenzo Esposito (KVIFF and CINÉMA DU RÉEL programmer), Georges Goldernstern (CINÉFONDATION), Peter Kerekes, Simon Ofenloch (ZDF) and Jacobine van der Vloed (ACE) will be the 2019 jury members and will assign all WEMW awards. Alongside the last details about the co-production forum WEMW is happy to finally unveil the complete line-up of the three side sections targeting films in post-production stage.

Now in its fifth edition, Last Stop Trieste, the work in progress section run together with the Trieste Film Festival, will present 5 creative documentaries to an exclusive panel of 40 international sales agents, festival programmers and TV commissioning editors. All films will be in the running for the HBO Europe Award, Flow Digital Cinema Award but also for the brand new Film Centre Serbia LST Award (a cash prize of 2.500 EUR) and the Dox Consulting Award (consisting in two rounds of rough cut feedback, plus a basic release strategy). The LST 2019 international jury will feature Aleksandar Govedarica (SYNDICADO), Dorota Lech (HOT DOCS) and Jenny Westergård (YLE FINNISH BROADCASTING).

After the successful past edition, When East Meets West and Trieste Film Festival will renew the partnership with Milano Film Network for the section exclusively dedicated to long feature fiction films ad hybrid works produced or co-produced by Italian producers. This is IT will present 8 films ready for festival premiere/international distribution and a jury composed by Graziella Bildesheim (MAIA WORKSHOPS/EUROPEAN FILM ACADEMY), Ilaria Gomarasca (PYRAMIDE INTERNATIONAL) and Angela Prudenzi (VENICE INTERNATIONAL FILM FESTIVAL) will deliver the prestigious Laser Film Award.

Last but not least, First Cut Lab, the workshop for films in editing phase, has selected 3 long feature fiction films from Russia/United Kingdom, Georgia and Latvia with the main goal of fostering their artistic, sales and festival potential. To this aim, the producer/director teams invited to the lab will receive tailor-made advices from a consulting editor and international experts.

Alongside the pitching forum and the three side sections, WEMW will feature a rich programme including “In the Spotlight”, where fund representatives from this year's spotlight territories will give a comprehensive insight into current trends in their film industries; the panel “One Image to Rule Them All: the Art of Film Poster”, in cooperation with Asterisk, will try to shed light on the way a poster can accompany a film through its different stages, from development to distribution, and how this one image highlights the communication strategy. EAVE will lead the session “2019: Another Year of Major Change in Media Economics”, a plenary for film professionals interested in how the competition between the sVoD platforms is increasing, and how it will likely affect their business model.

Finally, MIDPOINT will host the session “Two Worlds of Storytelling – The Difference Between Series and Movies”, where an overview on the basic differences between the storytelling in series and movies will be provided. This session represents an extension of the ongoing cooperation with MIDPOINT that also this year will bring to Trieste 13 teams from Central Eastern Europe to best develop their long feature and short projects. But for the very first time the collaboration will also feature a series of tailor made individual meetings organized in cooperation with the Torino Short Film Market between the 4 shorts selected for the workshop and few top-notch film experts ready to advise all selected teams on the next steps of their artistic and production development process.

The 5 documentaries presented at Last Stop Trieste, the 8 Italian films selected for This is IT and the 3 long feature fiction films chosen for First Cut Lab are:

Tweet
More in this category: « What’s on the Menu for Czech Animation in 2019 EFADs New President and Vice President elected in Seville »
back to top