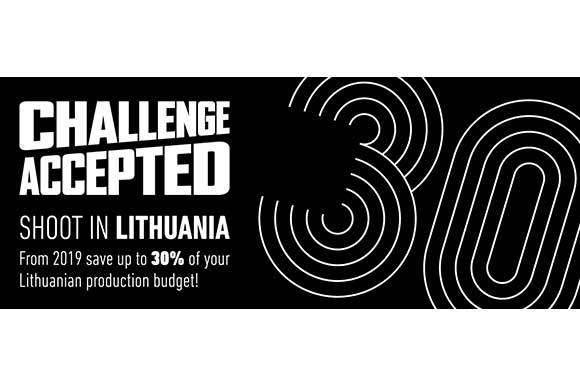 Lithuania welcomes its guests at their national stand at EFM’19 with a bold slogan: Challenge Accepted! Lithuanian representatives are ready for the new challenges and can now offer even better shooting conditions in Lithuania.

Why to choose Lithuania as your next shooting destination? Visit the Lithuanian stand at EFM and get a list of reasons, including the tax incentive for film production which has just been increased from 20% to 30%.

The Lithuanian tax incentive was introduced in 2014 and has already been used by 29 foreign film production houses, including BBC and HBO. In 2018, eight foreign films were shot in Lithuania with total expenditure of €45 million. Local film professionals have earned trust of the most prominent film production companies. This enhances the image of the Lithuanian film industry as a reliable partner.

The last year was extremely prosperous for Lithuanian cinema: it has seen an increase in admissions, revenue from tickets and production of national films. More statistical information as well as the news on Lithuanian films, production companies, festivals and much more will be available at the Lithuanian national stand at Marriott, no 129.