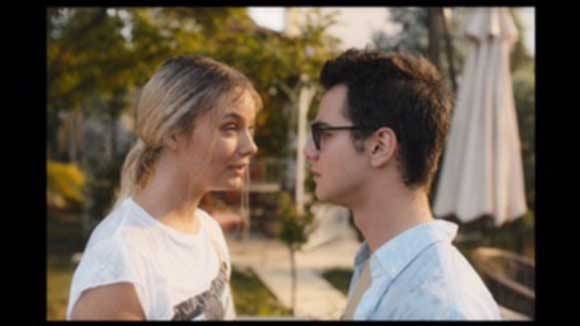 “Oh, Ramona!” is the screen adaptation of Andrei Ciobanu’s book, which writer-director Cristina Jacob chose as her upcoming comedy project.

“A film about the new generation of Romanian youngsters, who are also European, global, and live their lives – for better or worse – in keeping with Western role models and behavior styles, no matter where they might find themselves. Their life, like that of everyone around us, grows more and more Western by the day. The products we use (including culturally), the mindsets and behaviors, everything transforms in the context of globalization. Even our vocabulary, adopting more English every day, speaks to the force of this phenomenon. Regardless of my opinion of it, I need to give my cinematic testimony on the times we live in,” says Cristina Jacob.

“Oh, Ramona!” follows Andrei’s evolution from teenager to adult, as he experiences two alternating love stories, candidly and tongue placed firmly in cheek: first – the innocent, unrequited love, second – an intense, wild romp, and both leaving him unable to choose between them.

As envisioned and shot by the director, the Romanian story in the autobiographical fiction book “Suck it, Ramona!” by Andrei Ciobanu, who co-wrote the script with Alex Coteț and Cristina Jacob, has thus become a film that hews to no cultural limits, that cuts across geographic and linguistic borders, and that speaks to a generation experiencing the unique twists and turns of its teenage years as citizens of the world.

The comedy “Oh, Ramona!”, much anticipated by both fans of Andrei Ciobanu’s book and those of Cristina Jacob’s “Selfie” and “Selfie 69,” will open in theaters across the country on Valentine’s Day, February 14th.