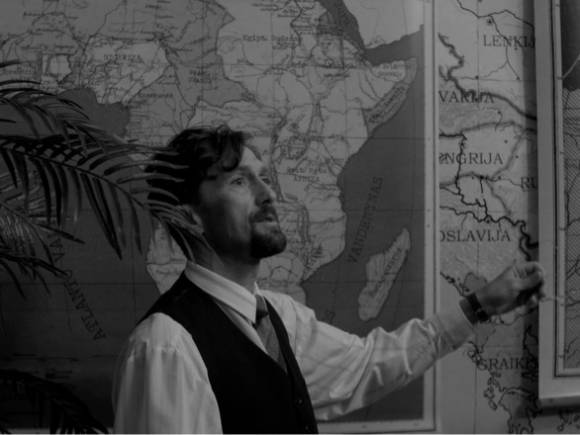 This year’s visitors of the Nordic Film Days Lübeck will be able to see six Lithuanian films of various genres with a uniting topic: a desire for freedom, told through youthful pranks and historical experiences.

Two Lithuanian films were selected for this year’s Nordic Film Days competition. Director Karolis Kaupinis’ feature film debut, “Nova Lituania”, will compete with 17 other European films in the main Feature film competition. The story about the efforts of Lithuanian geography professor to create a reserve state overseas has already received many international awards. Dir. Kaupinis and an actor Vaidotas Martinaitis will present the film in Lübeck.

Ramunė Rakauskaitė’s film “Back to the Dreamland” (lit. Kelionės namo) will be screened at the Documentary competition. The director will also attend the screening and will join a discussion about the connection between Lithuanian emigrants and their homeland.

This year, the festival focuses on films for children and youth. Tomas Vengris’ debut “Motherland” (lit. Gimtinė) and Inara Kolmane’s “Bile” (Lithuanian prod. Kęstutis Petrulis, Arūnas Stoškus) will be screened among other 35 films. “Bile”is a co-production between Latvia, Lithuania and Czech Republic.

Jorė Janavičiūtė’s 18-minute drama “On Time” (lit. Laiku) will be screened at the Short films program.

Also, Raimundas Banionis’ “Children from the Hotel America” (Vaikai iš „Amerikos“ viešbučuio, 1990)will visit Lübeck and will be screened at Retrospectives program from the film agents.

Lithuanian films are competing for 8 awards, including the Baltic Prize for the Best Feature Film. Dovilė Butnoriūtė, the Head of the Film Promotion Department of the Lithuanian Film Center, is among this year’s judges.

Lithuanian participation in the festival is sponsored by the Lithuanian Film Center.