°efp producers on the move at the cannes film festival 2020 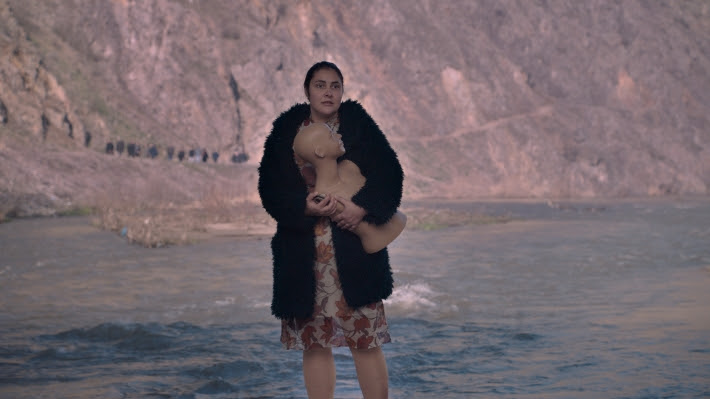 'God Exists, Her Name Is Petrunya' realised among others by Producers on the Move Zdenka Gold and Labina Mitevska

Each year, 20 young producers from 20 different countries from throughout Europe are selected to participate in PRODUCERS ON THE MOVE at the Cannes Film Festival. The five-day programme aims at connecting enterprising producers with potential co-production partners and strengthening their international industry networks. The programme is underpinned by a promotion and press campaign, creating international visibility and opportunities for the producers.

EFP (European Film Promotion) started this programme 21 years ago - more than 420 producers have participated since then. Many of them went on to become internationally respected industry players whose works are screened at A-festivals around the world, winning awards, including the Oscar­. PRODUCERS ON THE MOVE is financially backed by the Creative Europe - MEDIA Programme of the European Union and the participating national film institutes, EFP's member organisations.

EFP is proud of the outcome of PRODUCERS ON THE MOVE, especially in recent years: Between 2016 and 2019 alone, 47 co-productions involving 58 different Producers on the Move were realised - including such critically acclaimed films as God Exists, Her Name Is Petrunya (North Macedonia, 2019), The Hole in the Ground (Ireland, 2019) and Sieranevada (Romania, 2016).

Interested producers/production companies wishing to apply for PRODUCERS ON THE MOVE must have completed at least one international co-production, but not more than three.

The final selection of the 20 participants is based on a points system which considers the following criteria:

Producers interested in participating in PRODUCERS ON THE MOVE 2020, should contact their national film promotion institutes (EFP's member organisations) by 5 March, 2020.

With the support of

EFP (European Film Promotion) is an international network of film promotion institutes from 37 countries from throughout Europe, each representing their national films and talent abroad. Under the EFP flag, these organisations team up to jointly promote the diversity and spirit of European cinema and talent at key film festivals and markets, in particular outside of Europe.

EFP is financially supported by the Creative Europe - MEDIA Programme of the European Union and by its member organisations. The Hamburg-based office is backed by the German Federal Government Commissioner for Culture and the Media, the Film Fund Hamburg Schleswig-Holstein and the Ministry of Culture of the City of Hamburg.