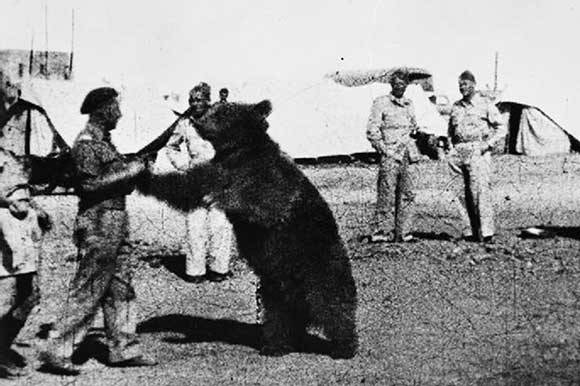 WARSAW: The Polish/Italian/British coproduction Wojtek The Smiling Solider Bear was presented at the Pitchings section at Inspiration Day hosted by Warsaw Kids Film Forum, sponsored by FNE and the Central European Initiative (CEI).

Wojtek The Smiling Solider Bear shows a young bear enlisted in 1942 as a foot soldier in General Anders's second Polish army corps. With the same empathy, sensitivity, forgiveness, courage and sense of justice as a human being, the bear will accompany his fellow soldiers in the moving adventure of liberating Italy.
The film is currently in development, written by Cinzia Bomoll and Mauro Bartoli, who are also producing along with Laura Andia trough AMARCORD S.R.L. in coproduction LAB FILM, with a planned budget of 1,200,000 EUR.