Emir Baigazin returns with his third feature, The River, which concludes his coming-of-age trilogy, consisting of Harmony Lessons (2013) and The Wounded Angel (2016). Consequently to his previous work, he decided to match the symbolism in which the dark times of modernity are presented in slow cinema form. The River offers not only an aesthetic experience, but also a check-up into the vitals of humanity from a contemporary perspective.

In a parched landscape, a family ranch of seven set in the middle of Kazakh, Baizagin paints a disturbing and almost dystopic picture of what it takes to become a man for these five boys. This image of patriarchy is biblical to say the least, because Aslan and the rest of the pack wouldn’t look out of place in an Old Testament story. In Baigazin’s version of one, on the 7th day God created the Internet, disrupting the lives of those down below. In addition to its commentary on the role of mass entertainment and its pervasive influence, it depicts a family living on the line of a pre-internet era - a bubble without consciousness of global events and a purer world that has yet to embrace the tempting power of digital media. When the stranger with a tablet appears, the bubble pops, forcing the family to re-assess the nature of their daily needs.

The Zygmunt Bauman-style concept of the stranger proves that modernity should be discussed within film as a medium, capturing the liquid essence of our times. The River becomes a statement on the descent towards abnormality, with the sudden intrusion of technology into the lives of these boys being contrasted with the panta rhei-esque fluidity of the river. In Baigazin’s world, this sacred body of water becomes an amusement park, a place to let your bad emotions float away, and an opportunity for shutting down your feelings. It adds a little mystery to the story that the other bank remains unknown for a half of the film. Due to the strong currents, crossing the river is the ultimate challenge, an act of transcendence.

One may say that Baizagin style revolves around minimalism, but in fact it is rather a maximalistic spectrum of symbolic references combined into a tale of disillusionment of modernity. On the opposite side of the river, the other is only imaginable through the lens of the media. What we care about is us and what revolves around us. Radio coverages from Myanmar or North Korea spice up the director’s commitment to conceptualizing an ideological point of view, simultaneously providing his characters (and the audience) with a form of counseling, and bringing up the topic of human viciousness.

Even the acting style, in particular those of the brothers, is performative; their dynamics and movements are carefully staged with an Ozu-esque eye for symmetry. On the one hand, they resemble primal creatures, as if the monkeys from Kubrick’s 2001 had finally evolved; on the other, you can’t shake the sense of how calculated it feels. An algorithmic nature and an exact mirroring evoke the contrast that modern society is situated in. We’re drifting between the primal and the mechanical. The condition of the individual illustrated in the film presents an alternative perspective on reality, one in which the media hasn’t influenced people enough yet, but it is progressively getting there. The wave of catastrophical information, sinking into a utopian bubble, irreversibly changes the biblical dimension of the brothers’ world. That’s when modernity kicks in: the intrigue starts, and the ‘black mirror’ of a digital screen invites people to be a god. Baizagin himself is worshipping it, delivering a profound, rich experience and an almost frightening re-envisioning of Lanthimos’ Kynodontas (2009). 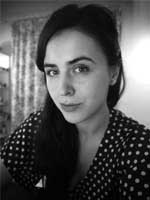 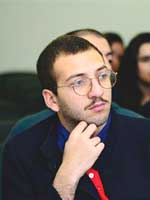 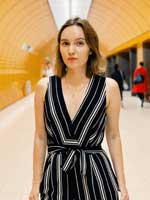 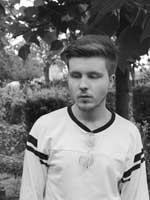 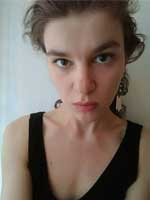 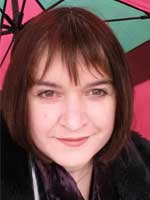 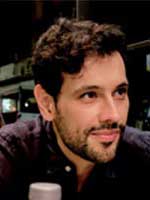