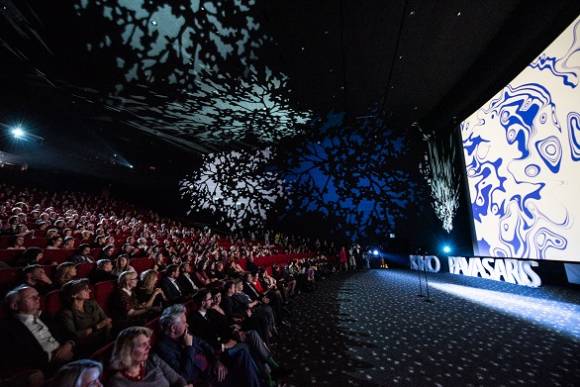 Over two weeks, the 24th edition of VIFF Kino Pavasaris screened 170 films from established directors and rising new talents. Richard Billingham’s feature debut, an autobiographical drama “Ray & Liz”, was chosen as the Best Film in the European Debut Competition, out of 13 films hoping to take the title.

This year’s European Debut Competition had exceptionally strong entries, including the Golden Bear-winning daring examination of intimacy “Touch Me Not” by Adina Pintilie, Darko Štante’s debut feature exploring the life of a troubled teenager “Consequences”, as well as the true-to-its-title “Sauvage” by Camille Vidal-Naquet.

The jury chose Billingham’s debut feature for it’s vivid, powerful and human depiction of a family, a place and a time, filmed with precision and dark, unsettling humour.

Danish director Rasmus Kloster Bro received the special FIPRESCI prize for his claustrophobic and intense debut feature “Cutterhead”. Debuting Lithuanian director Aistė Žegulytė was awarded the Cineuropa prize for her film “Animus Animalis (A story about people, animals and things)”.  The jury described the feature as “A genuine and unexpected discovery that makes us feel what life is like in the middle of death and what death is like in the middle of life.”

The VIFF audience also cast a vote for their favourite film, with “Capernaum” by Nadine Labaki easily taking home the title. Viewers will have the chance to see this compassionate Oscar-nominated drama in film theatres after the festival ends.

One of the most prominent Polish directors Krzysztof Zanussi received a lifetime achievement award during VIFF Kino Pavasaris. “With his work, Zanussi has made an immense impact on Polish and European films, and has inspired many young debuting filmmakers. He is one of the closest and most cherished friends of Vilnius Film Festival,” said the festival’s executive director Algirdas Ramaška.

The 10th audiovisual industry conference Meeting Point – Vilnius also awarded the best in-development films and young talents. The main MPV award for the best in-development project went to “My Thoughts are Silent” by Ukrainian director Antonio Lukich. The film follows a 25-year-old Vadym who is somewhat surprisingly joined by his mother on a life-changing journey. The Karolis Kaupinis directed “Nova Lithuania”, produced by Marija Razgutė and company M-Films, won the AVAKA award for Best Lithuanian Pitch. The film depicts an interwar Baltic geographer and a prime minister planning to save their homeland as World War II approaches. The film is set to be released this year.

The 24th Vilnius International Film Festival “Kino Pavasaris” will take place March 21–April 4, 2019. Last year’s festival was visited by 116 551 filmgoers, becoming the largest cinema event in Lithuania and one of the most notable film festivals in Eastern Europe. For more information, visit www.kinopavasaris.lt

The Night of the Plastic Bags, dir. Gabriel Harel

In Between, dir. Samir Karahoda